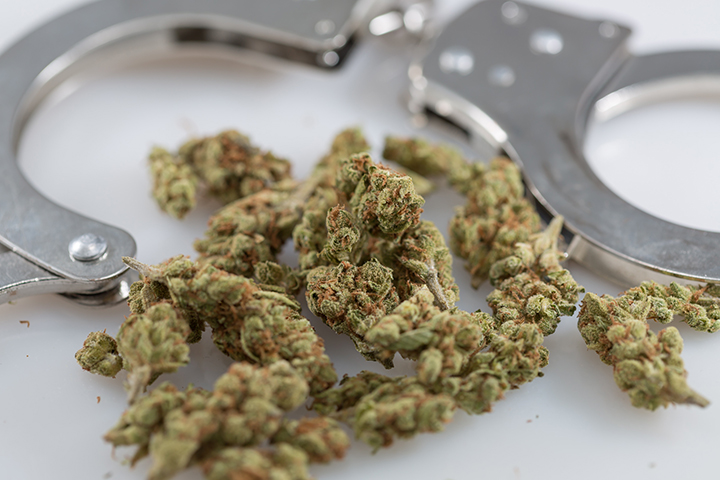 Marijuana arrests in the U.S. declined in 2019 for the first time in four years, a new federal report shows.

While many expected the state-level legalization movement to reduce cannabis arrests as more markets went online, that wasn’t the case in 2016, 2017 or 2018, which each saw slight upticks in marijuana busts year-over-year. But last year there was a notable dip, the data published this week shows.

Put another way, police across the country made a cannabis bust every 58 seconds on average last year. Of those arrests, 500,394 (92 percent) were for possession alone.

“A decline in cannabis related arrests is better than seeing an increase for a fourth year in a row, but the amount of these arrests is still abhorrent,” Marijuana Policy Project Executive Director Steve Hawkins told Marijuana Moment. “There is no reason to continue punishing adults for consuming a substance that is less harmful than alcohol. Arresting adult cannabis consumers has a dramatically disproportionate impact on communities of color, is a massive waste of law enforcement officials’ time and resources and does nothing to improve public health or safety.”

Overall, arrests for drug sales, manufacturing and possession amounted to 1,558,862 for the year—approximately 15 percent of all busts reported to FBI from local and state law enforcement agencies. That’s one new drug case every 20 seconds.

Before 2016, the country had seen a consistent decline in marijuana arrests for roughly a decade. It should be noted, however, that not all local police participate in the federal agency’s program, so these figures are not holistic.

“At a time when a super-majority of Americans support marijuana legalization, law enforcement continues to harass otherwise law abiding citizens at an alarming rate,” NORML Political Director Justin Strekal told Marijuana Moment. “Now is the time for the public to collectively demand that enough is enough: end prohibition and expunge the criminal records to no longer hold people back from achieving their potential.”

While there’s no solitary factor that can explain the recent downward trend in cannabis cases, there are one-off trends that could inform the data. For example, marijuana possession arrests fell almost 30 percent in Texas from 2018 to 2019, and that seems to be connected to the legalization of hemp and resulting difficulties police have had in differentiating the still-illegal version of the cannabis crop from its newly legal non-intoxicating cousin.

At the federal level, prosecutions for marijuana trafficking declined in 2019, and drug possession cases overall saw an even more dramatic decline, according to a report published by the U.S. Sentencing Commission in March.

Federal prosecutions of drug-related crimes increased in 2019, but cases involving marijuana dropped by more than a quarter, according to an end-of-year report released by Supreme Court Chief Justice John Roberts in December.

A study released by the Cato Institute in 2018 found that “state-level marijuana legalization has significantly undercut marijuana smuggling.”

Big Week For Marijuana In Congress