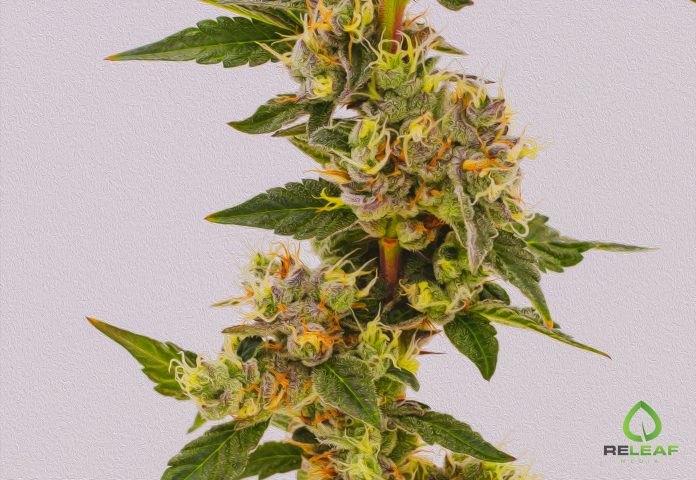 A research team at King’s College London is launching a Phase 2 trial of a cannabis-based therapy for the treatment of certain dementia symptoms.

The therapy, called Sativex, is a cannabis-based medication currently approved in the United Kingdom for the treatment of muscle stiffness and tightness in patients with multiple sclerosis. Researchers hope it will prove to be an effective treatment for agitation in Alzheimer’s patients.

The study will be funded by Alzheimer’s Research UK, a charity focused on dementia research, according to a Friday announcement by the organization.

Sativex is a peppermint-flavored mouth spray that contains tetrahydrocannabinol (THC) and cannabidiol (CBD) in equal proportions. THC is the psychoactive ingredient found in marijuana that causes the so-called “high.” CBD, the non-psychoactive ingredient in cannabis, is approved in the U.S. in one sole instance, as a treatment for seizures in patients with certain forms of epilepsy.

Alzheimer’s disease is mostly associated with loss of memory, but symptoms also include agitation and aggression, which can be difficult for the patients and those caring for them.

“Current treatments for behavioral and psychiatric symptoms of dementia are very limited, and we desperately need to develop alternatives,” said Dag Aarsland, the study’s lead researcher, in a statement.

One of the key issues the trial aims to address is whether it is practical to administer the medication as a mouth spray, especially when the patient exhibits agitation and aggression. The other issue is whether Sativex is actually effective at reducing symptoms, but further, larger studies will be needed to answer that question.

The study team plans to recruit volunteers between 55 and 90 years of age who have symptoms of agitation or aggression. The volunteers will be split into two groups: those who receive Sativex and those who receive a placebo. After four weeks, researchers will evaluate the results.

Despite the industry’s best efforts, Alzheimer’s research has a dismal track record. One study looking at how Alzheimer’s clinical trials fared from 2002 to 2012 found a failure rate of 99.6%. The last medication — memantine — was approved in Europe in 2002 and in the U.S. in 2003.

“With no new dementia treatments in over 15 years, it is vital that we test a wide range of approaches to find effective ways to help people living with the condition,” David Reynolds, chief scientific officer at Alzheimer’s Research UK, said in a statement.

What color is our money?