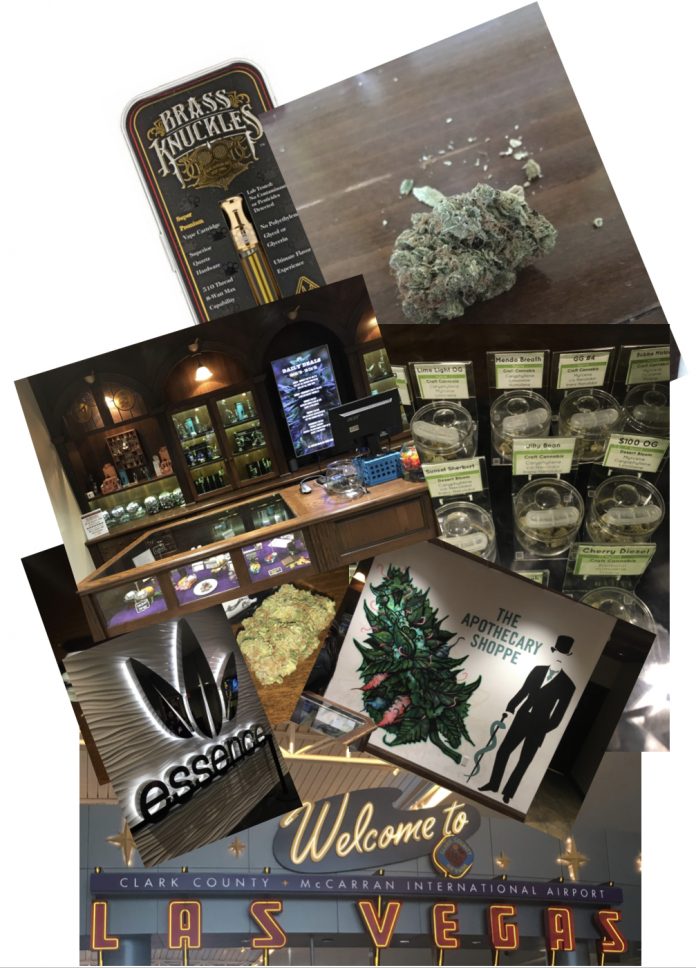 WELCOME TO VEGAS! Fear and loathing no more… More like chill and abiding. Unless you go to Circus Circus. That place is more like Captain Spaulding’s Fun House. While once upon a time this state had some of the tightest cannabis laws in the country, now they don’t care at all. Not even a little it would seem.

Once upon a time you’d have to find a cabbie that knew his way around or slide some extra cash to the doorman in order to find the kind in foreign areas. But since 7-1-2017 (Legal sales opened) it can be found on billboards advertised next to the headlining acts of Vegas. I was able to get a list of dispensaries from the concierge. Of course after riding around for a bit, I could’ve had it delivered like a pizza.

I even went as far to sit at the bar vaping BrassKnuckles while playing video blackjack (Officially, there is non public consumption). No one cared. Bartender mentioned that it smelled like grapes. 🍇 But that’s it. I had a smoking room so it was combustibles galore and ended up needing room service to quench my thirsts. Everything seemed so far away… They really saved the day. 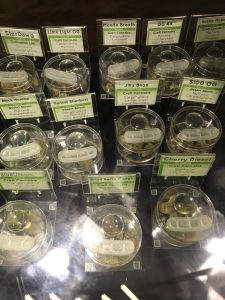 Some of the establishments resembled high end jewelery store layouts while others ran more like a fast food joint. All the places had huge selections with large assortments of flower Like OG KUSH and SOUR DIESEL, concentrates (Hash,Shatter,Rosin,etc), vapes, and edibles for miles like cookies, gummies, and hard candies. All the places offered discounts to patients (even out of state card holders) and discounts for those who work within the industry. It was like being a fat kid that was let loose in a candy store with a license to steal. And it was all very reasonably priced.