There was definitely an official awards ceremony that was held at some part during the event. However, I was not present for it, nor was I an official judge. So, I have no idea who any of the official winners are. But I will say this…  I spent A LOT of time with the vendors talking about their products and sampling their wares. Based off of my ground zero experience of sampling, along with the things I brought back to the hotel…  I give you: 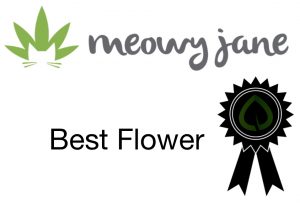 Wedding Cake at 35.8% THC. Hands down the dopest dope I ever smoked. The cross of Girl Scout Cookies and Cherry Pie. AMAZING!!! Sweet and earthy smells and flavors with a hint of vanilla. This flower left me feeling well beyond relaxed or happy. I was straight up BAKED. Once again… Dopest dope I ever smoked. It looked pretty too… And I’m not just saying this because Jane puts tequila in her medicated lemonade! MeowyJane 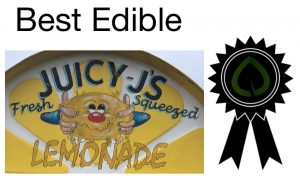 Juicy J’s delivers a lemonade like no other. If you save your cup, you can even get free refills. Unmedicated of course. But, for an extra $5 they put a very Very VERY gracious helping of medicated sugar into your beverage and give it a good shake. Really tasty with no earthy flavor at all. Total melter… Even the word Lemonade looks melted on the sign. Not meant for the casual consumer. JuicyJ’s 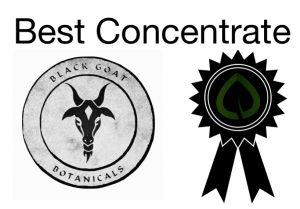 Worship The Black Goat! No dark hoods needed. Black Goat Botanicals. These guys had a Mulberry Hulk Smash sauce that was so powerful, I was melted into a puddle. I was Smashed by a Hulk with Mullberries. Their runner up was Inferno OG Budder. Quality concentrates from the dark one. 🤟🏻 BlackGoatBotanicals 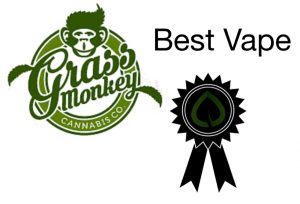 GrassMonkey! That funky monkey! The great Lemon Vape. 🍋  Between these things and those damn lemonades I was about to turn yellow and get sour. The flavor of their lemon vapes was quite comparable to lemon dum-dum lollipops. And these things were GREAT at the hotel. Smelled like lemons too and SUPER potent. And thanks for the battery! GrassMonkey 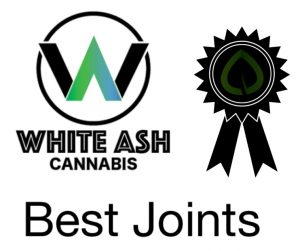 Yah… There were joints everywhere, granted. All joints were over a gram each and sold for $10. Favorite of the batch was their Bubba Kush. Supreme mind bender that was super relaxing with earthy sweet flavors.  Cool dudes, with good products, at very reasonable rates. BTW, the ChocolateDiesel was really good too. Amazing actually. WhiteAshCannabis

JennaOdhner, you do wonderful work.

I hope to see you all again next year. That was REALLY fun. I hope this was a glimpse of the future.