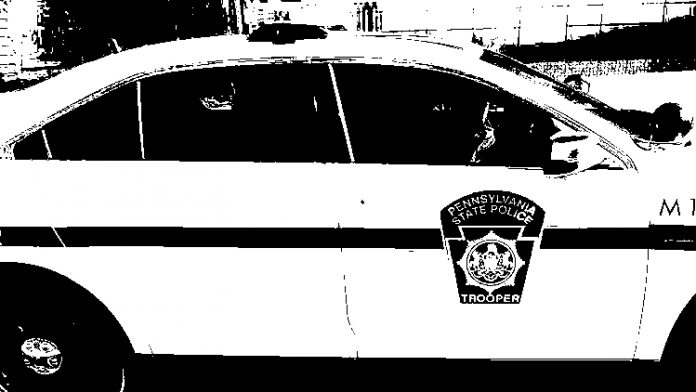 PENN TWP., Pa. – The discovery of a marijuana grow operation on state game lands in Berks County triggered a manhunt that resulted in one person surrendering to police and another being fatally struck by a bulldozer being used to search for him.

It all began around 10:30 a.m. Monday, when a Pennsylvania Game Commission maintenance worker who was operating the bulldozer found the grow operation in Penn Township, near Bernville.

The worker called police; Bernville Borough police responded and came across two men, one of whom was taken into custody by the Bernville police chief.

“One person gave up,” said Pennsylvania State Police Trooper David Beohm, a public information officer for Reading-based Troop L. “Another person took off into the very heavily wooded — the underbrush, very thick — ran into that location.”

A state police helicopter hovered overhead, providing guidance to police on the ground.

“They saw the guy that ran, and they had eyes on him as he was running through this thick, thick underbrush,” Beohm said of the troopers in the chopper. “The game commission worker was using his bulldozer to basically blaze a trail, because there is no way that you could walk through that stuff up there.”

At some point between 1 and 1:30 p.m., a PSP vice officer who was riding on the bulldozer told the operator to stop.

With the incident happening in an area reachable only by all-terrain vehicles, a medical helicopter was put on standby to respond, but the man died at the scene a short time later.

Police have not released the names of the men involved. The grow operation consisted of fewer than a dozen marijuana plants, police said.