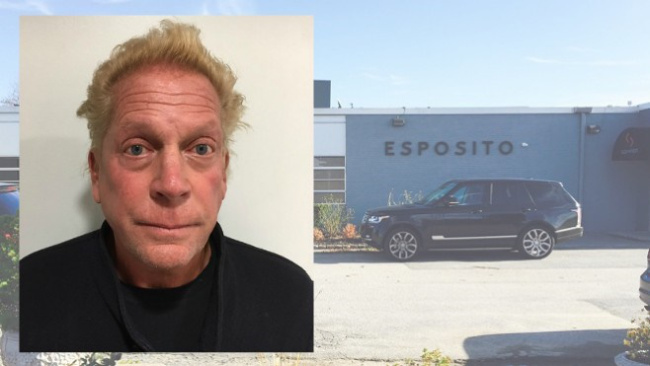 PROVIDENCE, R.I. (WPRI) – A prominent jeweler who was captured on video selling large amounts of marijuana and butane oil to an undercover officer on multiple occasions has agreed to plead guilty to multiple drug charges, but will not serve any prison time.

Esposito, 71, also agreed to forfeit $900,000 in restitution and seized assets that prosecutors say he obtained through the sale of marijuana.

Another man, Timothy Hunter, was also charged in the investigation. His case is pending, according to the attorney general’s office.

According to a State Police affidavit, detectives conducted five months of surveillance at Esposito’s business as well as two homes he owns in Narragansett and on Providence’s East Side. On June 20, an undercover officer purchased marijuana oil directly from Esposito inside the business. The exchange was captured on a video recording, according to state police.

The affidavit states marijuana purchases were also made directly from Esposito on June 23, Aug. 7, Aug. 10 and Aug. 31. During the Aug. 7 sale, Hunter was present. Hunter was surreptitiously recorded explaining that he had mailed 10,000 packages of marijuana from California to Esposito over the last eight years.

Esposito is well-known in Rhode Island political circles, having contributed at least $35,000 to mostly Democrats in recent years. After the arrest, Gov. Gina Raimondo, Providence Mayor Jorge Elorza and House Majority Leader Jos Shekarchi all said they would donate any of Esposito’s contributions if he was convicted.

CT passes decrim in Senate, NY up in smoke