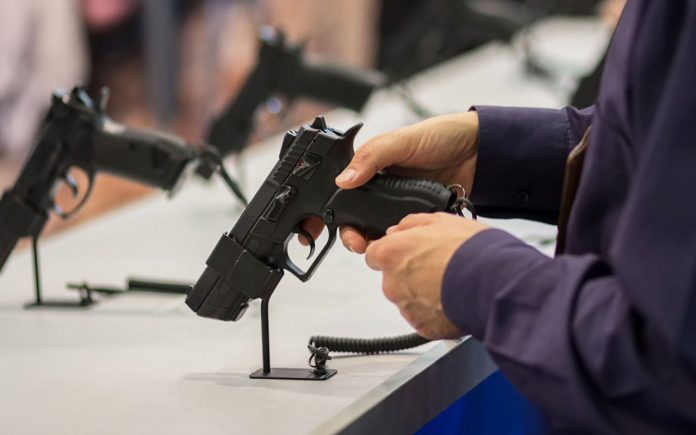 The Honolulu Police Department has sent letters to local medical marijuana patients ordering them to “voluntarily surrender” their firearms because of their MMJ status.

This may be the first time a law enforcement agency has sought out state-registered medical marijuana patients and ordered them to surrender their guns.

The letters, signed by Honolulu Police Chief Susan Ballard, inform patients that they have 30 days upon receipt of the letter to transfer ownership or turn in their firearms and ammunition to the Honolulu Police.

The existence of the notices, first reported early today by Russ Belville at The Marijuana Agenda podcast, was confirmed to Leafly News this afternoon by the Honolulu Police Department.

The clash between state marijuana laws and federal firearms law—which prohibits all cannabis patients and consumers from purchasing firearms—is a growing point of legal contention in the 29 states with medical marijuana laws. The Honolulu letters, however, may represent the first time a law enforcement agency has proactively sought out state-registered medical marijuana patients and ordered them to surrender their guns.

Federal law clearly prohibits anyone who consumes cannabis—for any reason, and regardless of state legality—from purchasing a firearm. On the US Bureau of Alcohol, Tobacco, and Firearms (ATF) Form 1140-0020, which must be completed by firearm purchasers, applicants are asked if they are “an unlawful user of, or addicted to, marijuana or any depressant, stimulant, narcotic drug, or any other controlled substance.”

In case it’s unclear to the applicant, the ATF includes this warning in bold type:

Warning: The use or possession of marijuana remains unlawful under Federal law regardless of whether it has been legalized or decriminalized for medicinal or recreational purposes in the state where you reside.

Many state laws allow patients to medicate with cannabis, but the federal prohibition on cannabis consumption crosses that legality when it comes to firearms. The supremacy of federal law on this point was upheld last year by the 9th US Circuit Court of Appeals.

“It may be argued that medical marijuana users are less likely to commit violent crimes, as they often suffer from debilitating illnesses, for which marijuana may be an effective palliative,” the federal ruling stated. “But those hypotheses are not sufficient to overcome Congress’s reasonable conclusion that the use of such drugs raises the risk of irrational or unpredictable behavior with which gun use should not be associated.” 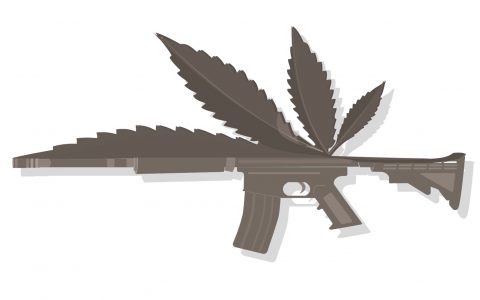 The Honolulu Police Department cites state law, not federal law, as the basis for the order. “Under the provisions of the Hawaii Revised Statutes, Section 134-7(a), you are disqualified from firearms ownership,” says the letter.

Curiously, HRS 134-7(a) makes no specific mention of a person’s medical marijuana status. It’s a blanket statement about federal law:

134-7(a) No person who is a fugitive from justice or is a person prohibited from possessing firearms or ammunition under federal law shall own, possess, or control any firearm or ammunition therefor.

Until now, the clash between firearm ownership and patient status has been largely avoided through a de facto “don’t ask, don’t tell” policy. Firearms purchasers are forced to either lie on the ATF form (a federal offense), or tell themselves they’re technically honest—the ATF form asks, “Are you an unlawful user of, or addicted to, marijuana,” and those who quit cannabis yesterday technically were but no longer are unlawful users of marijuana.

A number of states issue medical cannabis patient cards or authorizations but do not keep a searchable database of patient names. In some medical cannabis states, like Arizona, firearm purchasers are not required to register with the state.

Hawaii, though, maintains an electronic database of both firearm purchasers, who must complete both the federal ATF and a state permit application, and medical marijuana patients. That allowed the Honolulu police to cross-check and compile a list of MMJ patients in the state’s firearms registry.