On Monday, however, the China National Space Administration deleted the report from its website without further explanation.

The marijuana plantations could be fields of industrial hemp, a spokesman for the Ministry of Public Security’s Narcotics Control Bureau told the Beijing Times in an article published on Tuesday. The spokesman, who was not identified by name, reportedly said that the bureau had not been cooperating with the space administration to identify drug farms.

Industrial hemp is a variety of the cannabis plant containing only negligible amounts of psychoactive substances and farmed for its seeds, oil and fibre.

China’s southeastern Yunnan province allowed the plantation of industrial hemp with provisional regulations starting in 2003. In 2010, it was the first province to release formal regulations on the plant’s cultivation.

Hemp is spread all over China, with authorities tolerating plantations as far north as Heilongjiang province, according to a person familiar with the industry there. It was unclear whether agricultural administrators in Inner Mongolia regulated or tolerated the plantation of industrial hemp.

Neither the ministry nor the space administration responded to questions from the South China Morning Post. 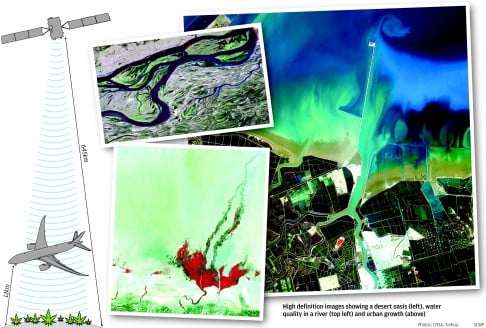 The size of the plantation was not revealed, but it was said to be the biggest known marijuana farm spotted since the founding of the People’s Republic of China in 1949.

Chinese authorities seized 4.5 tonnes of marijuana in 2013, 7.1 per cent more than a year earlier, according to annual reports by the China National Narcotics Control Commission.

Those figures were dwarfed however by confiscations of synthetic drugs, as ketamine seizures rose 106.2 per cent to 9.7 tonnes and seizures of crystal methamphetamine grew 20.5 per cent to 19.5 tonnes.

Data from the Gaofen 1 satellite also revealed other illegal activities, including plantations of opium poppies in Heilongjiang, Inner Mongolia and Hebei; more than 10 secret passageways used to cross China’s borders illegally to and from North Korea and also in the Xinjiang region; and a large warehouse for offshore oil smuggling in Fujian.

The high-definition satellite images had provided “important information support” to departments at the ministry during their law enforcement duties, said the space authority.

The brief statement, released on the space administration’s website last Thursday and picked up by many mainland media, could no longer be accessed on Monday evening. 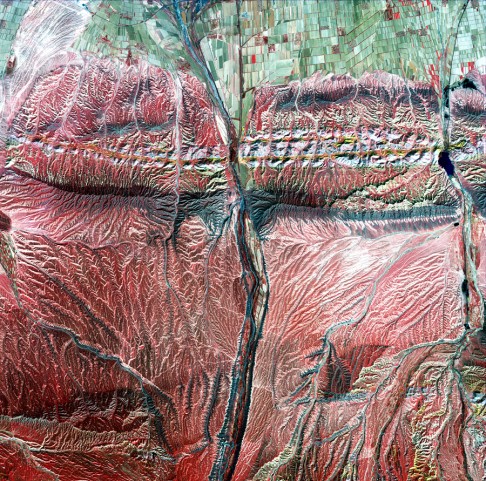 China has rarely, if ever, revealed the use of satellites in sensitive areas such as defence and national security.

A Chinese space scientist said the statement, although rare, would not be surprising.

“It is impressive that they have made so many discoveries in less than a year,” he said, declining to be named because of the subject’s sensitive nature. “They must have been aided by some powerful graphical analysis software, and the satellite’s performance has to be good, too.

“However, China is doing what other countries, such as the United States, are doing. Using satellites at home and on a wider basis is a [common] practice by almost every government in the world.”

The space administration’s statement did not reveal the precise locations of the illegal border crossings. Xinjiang shares borders with eight countries, including Afghanistan, Russia and Pakistan. 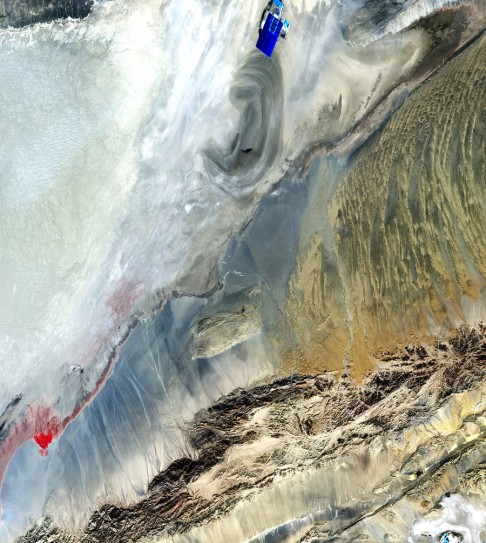 Jiang Zhaoyong, a Beijing-based expert on ethnic affairs, said identifying these passageways may alleviate pressure on border patrol forces. Jiang noted that some people may have used such routes to leave the country and receive terrorism training abroad, but given that Xinjiang’s border measures about 5,600km, “it’s wrong to think that will spell the end of terrorism around Xinjiang”.

The Gaofen 1 satellite can identify objects as short as two metres wide. It is part of a seven-satellite network that will be fully operational by 2016 and provide global coverage.

Last Tuesday, China launched Gaofen 2, which will be able to provide even higher resolution images and identify objects that are no longer than one metre in length.

One Gaofen satellite can provide images of the entire planet in about four hours.

When all seven satellites are operating in orbit together, China will have the ability to quickly obtain high-definition images of almost every spot on earth. 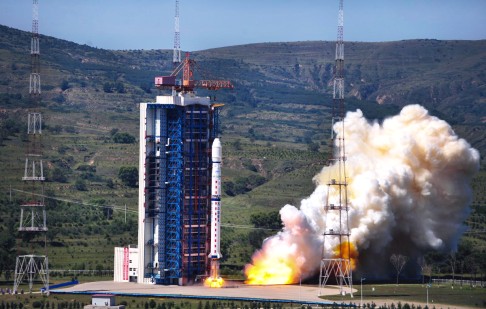 However, the Gaofen satellites do not match the capabilities of the best spy satellites launched by other countries, such as the US, which are able to identify objects as small as a few square centimetres in size.

There are also technological gaps between critical components used by China’s satellites and those of developed countries, such as optical sensors, some space experts have reported.

China has been deploying other advanced technology, including drones and a large data centre, as part of measures to improve national security.

Nothing better to do in Canada…..