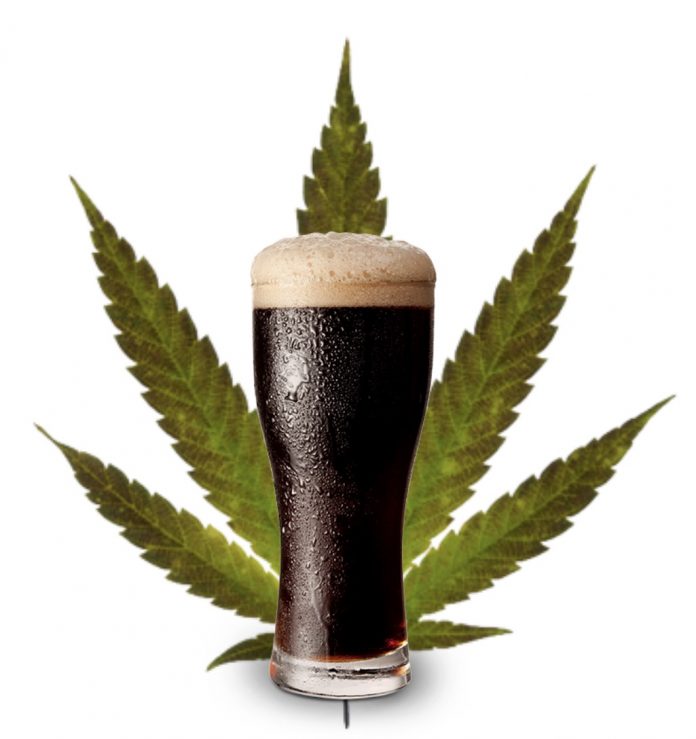 There I was… At the crossroads to no place special. I suddenly find myself at one of the local watering holes. This particular establishment had a VERY LARGE selection of beers that rotated across multiple video screens, there were hundreds. I would think that most would be overwhelmed by the selection, including myself. But it was different this time.

As soon as I glanced at the screens, it only took a fraction of a second. My eyes locked in on one like I was a Terminator Robot finding its target. There it was… Hemp Brown Ale from The Humboldt Brewing Company. Target initiated. Consumption engaged.

For a brief moment I thought “Hemp beer? What kind of witchcraft is this? Or am I just REALLY late to the party on this one?” (I’m late, been around since 99. Oh man am I late… Like really, Really, REALLY late. Eh, who care? LOOK AT WHAT I FOUND!!!) I had to know more. Lucky for me this establishment had a chatty and knowledgeable tapster on staff that wanted to tell me all about it.

It’s brewed like a classic dark beer, but in this case roasted hemp seed is added into the mix. This adds to the dark body of the ale along with an earthy flavor. It looked almost like an icy cola, served in a sweaty glass. It was very similar to a Guinness, but it had a pleasant nutty after taste (that had to be the roasted hemp seed) and was no where near as filling as a Guinness. I acctually ended up having 2 of the Hemp Brown Ales; it was an enjoyable beverage. In addition, it brought home the silver in The Great International Beer & Cider Competition of 2014. Now, there’s one for the history books.

I have to admit, I liked it. I even asked my local spirit shoppe to stock it. It’s not weed beer, it’s weed seed beer. Not what I thought at first, but still damn tasty.