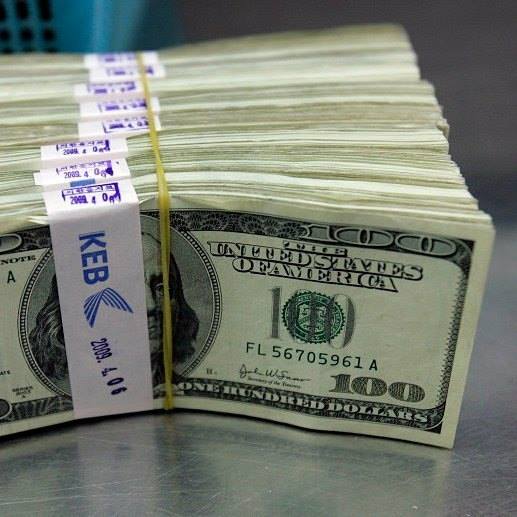 Sacramento, Calif. — Any private U.S. bank that is insured by the federal government is forbidden by law from knowingly handling money from cannabis businesses. That leaves people in the rapidly growing industry with few options when it comes to dealing with business basics like payroll, taxes, and finances.

That is a particular problem in California, the country’s biggest market for marijuana. Every year, the state produces 14 million to 16 million tons of pot and consumes 1.5 million to 2 million tons. Along with Massachusetts and Nevada, California voters in November made marijuana legal for recreational use. Recreational marijuana will be be regulated alongside medical marijuana beginning on January 1, 2018.

A recent study by the UC-Davis Agricultural Issues Center estimated that sales of recreational marijuana in California could top $5 billion annually. But because cannabis is illegal under federal law, marijuana businesses must continue to operate as cash-only enterprises and may not tap credit and debt products the way ordinary companies do. That’s a risky proposition that also limits growth.

Customers “have to pay us in cash,” a Sacramento area cannabis cultivator, who asked to be identified only as “Morales,” told CBS News.

These commercial banking restrictions are a regular topic of conversation at California’s Board of Equalization, which collects state-specific taxes and fees in the state. As the January legalization deadline approaches, many are wondering how cannabis businesses will handle what many expect will be a flood of money.

Fiona Ma, a member of that board, said that one idea gaining traction is a state-run bank that is free of federal control.

“I think people get a little fed up, and they want an alternative that is going to be easy, transparent and affordable,” she said in an interview with CBS News. “This would be a long-term solution, and there needs to be a commitment from the state.”

Private banks have shareholders and are run by a board of directors. By contrast, a state bank authorized to do business with cannabis companies would be owned by the public and run by local government officials. Any profits could also potentially be returned to taxpayers.