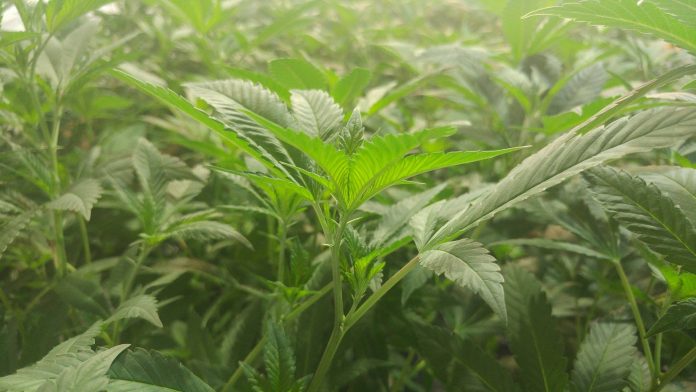 The drugs used to treat cancer after surgery can help to slow disease progression, but they don’t always stop cancer cells from spreading to other parts of the body, nor do they help with pain associated with some cancers such as sarcomas (rare bone cancers). There is a drug, however, that potentially does both of these things: cannabis.

Preparations of cannabis plants have been used for medicinal purposes for thousands of years. Scientists are finally starting to test the legitimacy of some of these folk remedies. In recent years, clinical studies have shown that cannabis reduces pain caused by diseases such as multiple sclerosis – indeed, many cancer patients use cannabis for its pain-relieving properties. Some animal and test-tube studies, however, suggest that cannabis may do more than just reduce pain; it may kill cancer cells and limit their spread.

However, the development of cannabis preparations and other pharmaceutical agents that mimic the action of cannabis in the body has been hampered by reports of psychiatric problems such as depression, psychosis and anxiety.

Using the body’s own cannabis

The human body produces chemicals that are similar to the active chemicals (cannabinoids) found in cannabis. These “endocannabinoids” (the Greek prefix “endo” means “within” or “inside”) help relieve pain and boost the body’s immune system. One strategy to boost the action of the body’s own cannabis is by inhibiting the enzymes that break down natural endocannabinoids.

One of these enzymes, called monoacylglycerol lipase (MAGL), is found in healthy tissues such as the brain, bone and the immune system. Studies, including our own, have shown that inhibiting the activity of this enzyme reduces the growth of variety of cancer cells in mice.

A paper published in 2011 showed that treating mice with a drug that blocks the action of MAGL boosted the production of an endocannabinoid called 2-arachidonoylglycerol in healthy cells and in cancer cells. They also showed that the drug reduced the growth of cancer cells and halted their spread to other parts of the body.

In our own research, at the University of Sheffield, we have validated the anti-cancer effects of various MAGL inhibitors on mice with breast and bone cancers. The results will be published in 2018.

Evading the problem of psychiatric disorders

There is a risk that experimental drugs that block the action of MAGL may cause psychiatric problems similar to those experienced by some cannabis users. To get around this, we are pursuing a number of strategies to design and test new drugs that only enter and accumulate in tumour cells.

One strategy is called the “ball and chain”. We successfully attached our experimental drug, that blocks the action of MAGL, to a chemical “ball”. Once in the body, the block binds to proteins called folate receptors that exist in large numbers on the surface of tumour cells.

The folate receptor will allow the drug-chain-ball complex to enter tumour cells. Once inside, enzymes will break the “chain” and this will release the drug to block the action of MAGL. This will boost the production of cannabinoids by the tumours that in turn halt the tumour growth and spread to other parts of the body (see figure).

Our studies, carried out in test-tubes, have shown that the ball-and-chain drugs can kill cancer cells and stop them moving. Encouraged by these findings, we are now looking to validate the anti-cancer effects of the new drugs in mice.

The brain is protected by a biological barrier – the “blood-brain barrier” – that only allows the passage of natural substances such as water, gases and other chemicals it needs to function. We do not expect that our new drugs – with their ball-and-chain elements – will be able to gain access to the brain because of their large size. So we don’t anticipate that this new drug will cause any psychiatric problems. But it is still early days and we need to conduct more research to confirm our theory.

We are currently seeking funding to carry out research to find out if the new drugs that stop the body breaking down its own cannabis may be effective in reducing pain in mice suffering from osteosarcoma, a rare form of bone cancer that causes bone pain.

Treatment with drugs that stop the body breaking down its own cannabis in peripheral tissues, or drugs that mimic the action of natural cannabis outside the brain, may be a fruitful way to develop safer cannabis drugs for treating cancer. Who knows, these drugs may even provide a safer alternative to plant-derived cannabis because they can’t cross the blood brain barrier.