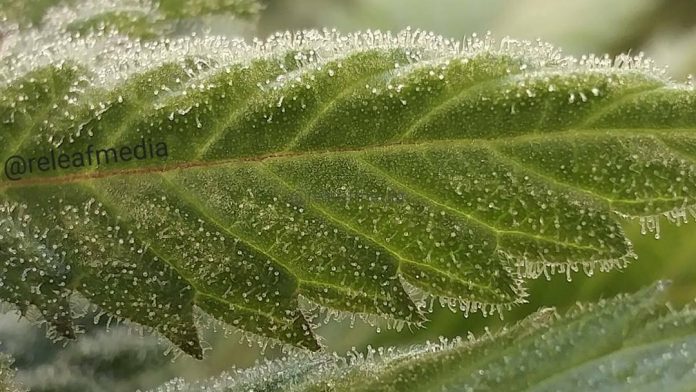 State Health Secretary Lynn Gallagher, testifying Tuesday in a lawsuit against her and her agency, rejected the idea that limits placed on state-licensed marijuana growers ensure that New Mexico will never have an adequate supply for its increasing number of medical cannabis patients.

The lawsuit, one of many the department has faced since being tasked with administering the Medical Cannabis Program launched in 2010, claims that restricting producers to no more than 450 plants at a time is “arbitrary and capricious.”

Patients, producers and current and former state lawmakers have criticized the department in court and in public hearings over a range of issues, including lack of transparency, inefficient systems for renewing the credentials patients need to buy medical cannabis products, and failing to balance supply and demand.

Critics have alleged that Gov. Susana Martinez, who has publicly voiced her opposition to medical marijuana, has waged a passive-aggressive campaign against the program, not trying to repeal the Erin and Lynn Compassionate Use Act but directing officials to subtly sabotage the program by allowing it to become ensnarled in red tape.

The lawsuit now being heard in state District Court in Santa Fe was filed by Nicole Sena of Bernalillo, who says she treats the symptoms of her infant daughter’s rare form of epilepsy with a concentrated oil that requires four times as much cannabis to produce as most other specialized products. Sena asserts that she has had “tremendous difficulty” finding an adequate supply of the oil in New Mexico because of the state’s plant count rules.

“Ms. Sena believes that [producers] in New Mexico would be able to provide an adequate and regular supply” of the oil, the lawsuit says, “if there were not restrictive regulations placed on their production.”

Licensed cannabis producer New Mexico Top Organics-Ultra Health, which is headed by former state Human Services Secretary Duke Rodriguez, is also a party to the case. The grower commissioned a study that was presented in court by an economist who concluded that if caps on the number of plants are not increased, the state will have a supply deficit of more than 13,000 pounds of cannabis by the first quarter of 2018.

Gallagher said she didn’t agree with the study’s conclusions. She said her department found that even its own survey in 2013 — which estimated the supply grown by producers was meeting only 20 percent of patient need — was unreliable because of the inexact nature of the data used in calculations. For example, she said, patients had told the department they were pressured by producers to report higher usage rates.

In 2014, state Sen. Cisco McSorley, D-Albuquerque, said the state’s program — which had only 13,000 participants at the time — was “statistically failing” and would have more like 60,000 participants if it were more user friendly.

In 2016, when burgeoning enrollment created a backlog that forced patients to wait 60 to 90 days or more for card renewals, which the law requires to be completed in 30 days, State Auditor Tim Keller warned Gallagher that if the agency didn’t start producing the cards within legal time frames, he might refer the issue to law enforcement.

That same year, state Rep. Debbie Armstrong, D-Albuquerque, whose daughter Lynn is one of the namesakes of the Erin and Lynn Compassionate Use Act, said she was “disgusted” that Gallagher had not shown up or sent a representative to a meeting to discuss the problem.

The department’s own Medical Advisory Board, which makes recommendations on petitions for new qualifying medical conditions under the program, has even complained about Gallagher’s lack of urgency in responding to their recommendations.

The current lawsuit is the third case that Santa Fe attorney Brian Egolf, who is speaker of the New Mexico House of Representatives, has filed against the department concerning its administration of the state statute.

Egolf declined to comment Tuesday on whether he thought the department was doing a good job administering the act, citing the pending litigation.

“This is part of what it means to be a citizen legislator,” Egolf said. “At times we have to do our professional work, and when the trial is concluded, I will be happy to visit with you in my capacity as a legislator.”

But some believe the department might be getting the hang of administering the program.

Armstrong said Tuesday that she hasn’t heard any complaints from constituents lately, “but I worry how it’s going since we had so much concern last year.”

Even Peter St. Cyr, a former freelance journalist who specialized in holding the department’s feet to the fire through news coverage of the cannabis program, said the department appears to be beginning to address problems more nimbly.

St. Cyr now is director of the New Mexico Foundation for Open Government — which at one point joined St. Cyr in a lawsuit against the department over transparency issues related to the cannabis program — but said he was speaking for himself and not the foundation.

One problem with having the department administer the program, St. Cyr said, is that the agency’s administrators are not regulatory, business or agricultural experts.

He suggested other agencies, such as the Regulation and Licensing Department, would be better equipped to handle some of the regulatory tasks.

Armstrong, who chairs the Legislative Health and Human Services Committee, said she intends to schedule another hearing on the department’s administration of the program. “At which point,” she said, “we will hear from providers and patients and the department, if they will come. We will invite everyone.”

The nonjury trial in Sena’s lawsuit is scheduled to resume at 9 a.m. Wednesday in District Judge David Thomson’s courtroom with more testimony from Gallagher.