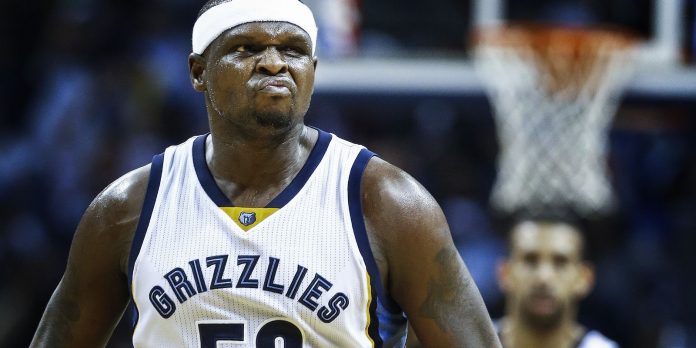 The Los Angeles County Sheriff’s Department arrested Sacramento Kingsforward Zach Randolph on a felony charge of marijuana possession with intent to sell, according to police reports.

The arrest was part of a Wednesday night disturbance that resulted in damage to five Los Angeles Police Department vehicles and one sheriff’s vehicle, according to ABC-7 in Los Angeles.

According to the police report, Randolph was arrested at 11 p.m. PT, booked at 4:23 a.m. and released Thursday morning as bail was set at $20,000. His next court date is scheduled for Aug. 31, according to the sheriff’s department’s online records.

“The charges are false and misleading,” Randolph’s agent and attorney Raymond Brothers told The Associated Press on Thursday. “We’re looking at all options to resolve this matter.”

The Kings said they are aware of the situation but had no further comment.

LAPD officials told ABC-7 that officers were on routine patrol when they encountered a group drinking alcohol, smoking marijuana and playing loud music while blocking a street at the Nickerson Gardens project in Watts. The officers then tried to disperse the crowd, and the disturbance escalated.

Officers also arrested Stanley Walton, 43, on suspicion of carrying a gun as an ex-convict.

Randolph, 36, averaged 14.1 points and 8.2 points for the Memphis Grizzlieslast season. The 6-foot-9 free agent signed a two-year, $24 million deal with the Kings in July.

He established himself as a fan favorite over the past eight seasons in Memphis, a city that embraced him for his rugged playing style and for overcoming a rough upbringing. The Grizzlies announced plans to retire Randolph’s No. 50 in early July, after he signed with the Kings.

He played a critical role in the Grizzlies’ seven straight playoff appearances and ranks first in franchise history in rebounds (5,612) and third behind Mike Conley and Marc Gasol in scoring (9,261 points).

Randolph, a two-time All-Star and 16-year NBA veteran, accepted a transition to a sixth-man role last season and excelled. His 20 double-doubles were the most by any bench player in the league.

While playing for the LA Clippers in 2009, Randolph was arrested for suspicion of drunken driving in the Culver City area near West Los Angeles. The Clippers suspended him two games for the incident.

A friend of Randolph’s faced a marijuana charge in 2010 after Indianapolis police found him driving Randolph’s sport utility vehicle with a cooler containing marijuana in it. Randolph maintained he was not involved and he was never charged.