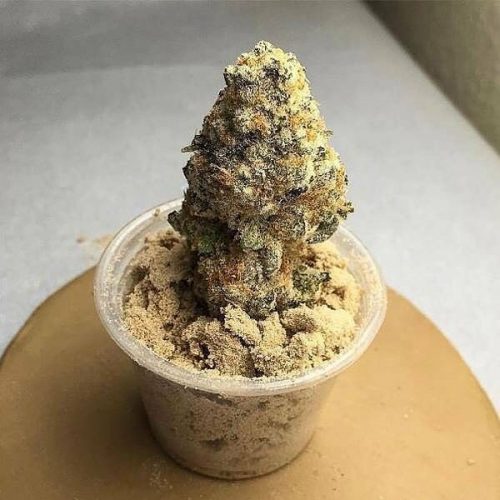 Mainers won’t be able to grow more than a dozen marijuana plants on their land for personal use under a new legislative proposal.

The plan would prevent landowners from hosting large unlicensed marijuana crops, which state lawmakers worry could feed the black market and lead to violence, as has happened in other states. But critics claim the proposal rolls back the amount of personal grow allowed under current law and blocks farmers from renting their land to people who want to grow their own cannabis but have no place to do it.

“There’s a tension between wanting to respect the libertarian streak in Maine and wanting to make sure we can tightly regulate a new industry and avoid opportunity for significant diversion and illegal activity,” Republican Sen. Roger Katz of Augusta, co-chairman of the Legislature’s marijuana legalization committee, said last week. “We’re trying to walk that line, find the middle ground.”

The plan only limits the number of mature plants – a flowering plant or one more than 12 inches tall or 12 inches wide – that can be growing on the property, not the number of immature plants or seedlings. The plants must all be tagged with a name and Maine driver’s license number to identify the owner. People can grow their plants on someone else’s land, so long as the count there doesn’t exceed 12.

This would not affect commercial growers or medical marijuana caregivers, who can grow plants for up to five patients at a time.

There was division among the committee when the grow limit was introduced at the end of an eight-hour work session by Katz and Democratic Rep. Teresa Pierce of Falmouth, the committee’s other chair. Both are strong supporters. But it met with significant criticism from some members, including Rep. Craig Hickman, an organic farmer and Democrat from Winthrop.

Independent Rep. Kent Ackley of Monmouth said a constituent had told him he planned to make a business out of renting his land to home growers.

Other members, like Republican Rep. Patrick Corey of Windham, felt the plan could infringe on the rights of adults who live in multigenerational settings. He doesn’t want a law that allows someone to grow for 100 people, but he believes each adult who lives at a property should be able to exercise their right to grow up to six plants for recreational use.

“People live so differently,” Corey said. “People have a right to grow on their own property. It’s their property. As long as it’s not bothering the neighbors, they should be able to grow just like anybody else. I know it’s been a problem in other places, but we are not those places. We are Maine. And we should do it the Maine way.”

The current law, which voters approved at referendum last fall, allows an adult to grow up to six flowering marijuana plants on their property, or at someone else’s property, so long as they have written permission from the property owner and, like any other home grow, the marijuana is not visible to the public and they have taken reasonable precautions to keep it out of the hands of a child.

There is nothing in that law that prevents someone from hosting an unlimited number of personal growers, for free or through a lease, so long as the property owner gives their written permission and follows the rules limiting public smell, sight and child access. Many renters rely on remote locations for their marijuana plants to get around landlords that forbid marijuana cultivation in their apartments or on their property.

Marijuana advocates are calling the new rules a rollback of existing rights already afforded to Mainers. They are threatening to pack upcoming public hearings on the omnibus bill with the people who pushed for the law that they believe lawmakers are now ignoring.

“The committee should focus on establishing a robust, competitive free market, where legal marijuana sales undercut illegal ones,” said David Boyer, head of the Maine Marijuana Policy Project. “Taxing marijuana at too high a rate and capping the marketplace would surely encourage the illicit market. At the end of the day, this punishes law-abiding Mainers, not criminals who don’t obey the law.”

But supporters say the plan would protect Mainers. Katz and Pierce say they came up with the idea for the new rules after discussion with officials from Colorado, the first state in the nation to legalize recreational cannabis, which just three months ago moved to reduce the number of plants allowed per household from a nation-leading 99 to a dozen, the same as they want to do in Maine.

The former director of Colorado’s marijuana regulatory agency, Andrew Freedman, told the committee that unlicensed residential grows were one of Colorado’s biggest, and most dangerous, enforcement problems. Some landowners were growing huge marijuana crops disguised as personal grows and selling the overage at high profits in nearby states where marijuana remained illegal, he said.

The committee has heard testimony from people who say that states that do not have strict rules in place to prevent overproduction that could be diverted to neighboring states face greater scrutiny from federal drug enforcement agents. Although legal in Maine for private use by adults, cannabis cultivation, sale or consumption remains a federal crime, albeit one that hasn’t been strictly enforced.

Pierce also believes the residential limit could prevent tragedies like the one that happened in Denver last fall. A man shot two teen boys, one of them fatally, as they hopped over a fence to steal marijuana plants from his backyard. The bigger the home grow, the bigger the temptation to try to steal it, she said. Unlike most commercial grows, many home grows are relatively unguarded.

The committee meets again Friday, when it will tackle licensing fees, restrictions and other regulatory issues.