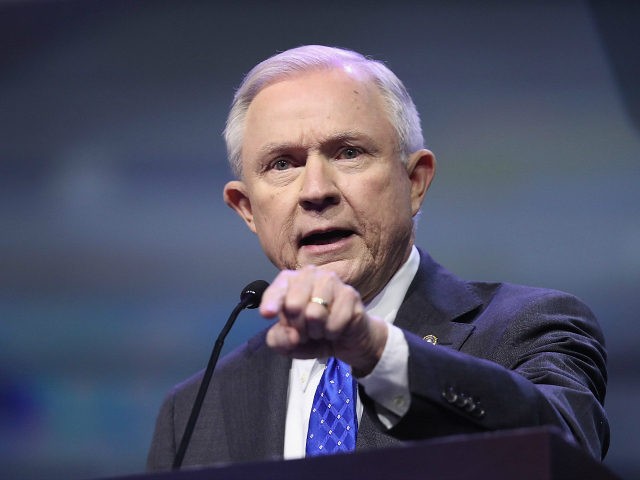 A new Department of Justice report on violent crime and marijuana will pave the way for the Trump administration to crack down on the drug, campaigners and lawmakers say.

The Trump administration’s Task Force on Crime Reduction and Public Safety, led by Attorney General Jeff Sessions, is to release a report next week that critics fear will link marijuana use to violent crime and advocate tougher sentences for those producing, selling and using the drug.

Democrat Senator Brian Schatz, linking to a report on the crackdown, described the plans as “backward and inhumane” in a tweet on Sunday.

“I hope every third-party voting progressive remembers this. There’s a real difference between R’s and D’s.”

He said that Sessions would reverse eight years of progress toward “a more humane, less expensive, more just system” by ramping up punishment for marijuana users.

In recent years, a series of U.S. states have loosened laws banning marijuana, with the drug now decriminalized for recreational use in 21 states. Under the Obama administration, the justice department did not interfere with state legislatures that legalized marijuana, and in a December exit interview with Rolling Stone, the former president said the drug ought to be treated as a public health issue like alcohol or tobacco.

The Trump administration has signaled a different approach. Sessions has linked marijuana use with violent crime, and campaigners say the attorney general is pushing for tougher legal sentences.

In a May letter, Sessions asked congressional leaders to scrap an amendment to the DOJ budget that allows states to implement laws authorizing the “use, distribution, possession or cultivation of medical marijuana” without federal interference or funding programs that seek to prohibit it.

“I believe it would be unwise for Congress to restrict the discretion of the Department to fund prosecutions, particularly in the midst of an historic drug epidemic and potentially long-term uptick in violent crime,” read the letter from Sessions.

“The task force revolves around reducing violent crime, and Sessions and other DOJ officials have been out there over the last month, and explicitly the last couple of weeks, talking about how immigration and marijuana increases violent crime,” Inimai Chettiar, director of the Brennan Center’s Justice Program, told The Hill.

“We’re worried there’s going to be something in the recommendations that is either saying that that’s true or recommending action be taken based on that being true.”