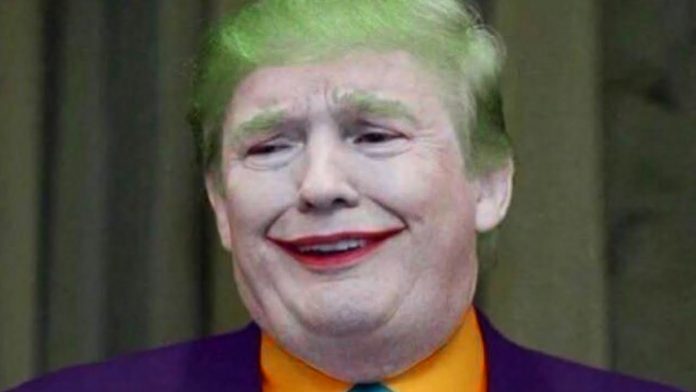 The transcript of the 50-minute session in the Oval Office oozes with brooding grievance and reflects the degree to which he has adopted a bunker mentality. It also underscores how much Robert Mueller’s escalating investigation bothers and preoccupies the president six months into his term.

Perhaps most importantly, Trump’s comments raise a host of new questions about his respect for the independence of the Justice Department, FBI and special counsel.

The president asserted his prerogative to order an FBI director to end any investigation for any reason at any time. He denied telling James Comey that he “hoped” the FBI could lay off its investigation into former national security adviser Michael Flynn. “I didn’t say anything,” Trump said. “But … even if I did, that’s not — other people go a step further. I could have ended that whole thing just by saying — they say it can’t be obstruction because you can say: ‘It’s ended. It’s over. Period.’” (He didn’t specify who he meant by “they.”)

“Nothing was changed other than Richard Nixon came along,” Trump added. “Out of courtesy, the FBI started reporting to the Department of Justice. But there was nothing official. There was nothing from Congress. There was nothing — anything. But the FBI person really reports directly to the president of the United States, which is interesting. … And I think we’re going to have a great new F.B.I. director.”

This fits with a pattern of the president caring little about norms, precedents and traditions — all important guardrails in a constitutional republic that depends on a president putting the national interest above self-interest.

— The headline out of the interview is Trump saying he never would have appointed Jeff Sessions to be AG if he had known ahead of time that he’d recuse himself from the Russia investigation. He blames the recusal, not his own decision to fire Comey, for the appointment of Mueller.

Trump called it “very unfair to the president” for Sessions to hand off control of the Russia investigation to Rod Rosenstein, who it must be noted the president had appointed to be No. 2 at DOJ. But in Trump’s own telling, he had not given any thought to Rosenstein’s selection until after Sessions stepped aside. Then he was irritated to learn that he came from Baltimore. “There are very few Republicans in Baltimore, if any,” Trump said. (Couldn’t the same thing be said of New York City?)

“A special counsel should never have been appointed in this case,” Trump grumbled. “Sessions should have never recused himself, and if he was going to recuse himself, he should have told me before he took the job, and I would have picked somebody else. … It’s extremely unfair, and that’s a mild word, to the president.”

— This is a fresh example of Trump not being loyal to people who have sacrificed their personal reputations for his benefit. Few people have been more devoted to Trump than Sessions, and like so many others he’s gotten burned for it. He no longer has the confidence of the president, and it’s hard to see how he can survive for very long or be that effective in this job without it. He gave up a safe Senate, but his tenure has been marked by scandal and allegations that he perjured himself.

— Trump’s attacks on Rosenstein are notable because the deputy AG has actually gone out of his way to publicly demonstrate loyalty to the president. His legacy will forever be clouded by his assent to Trump’s request that he write up a memo coming up with a pretext to fire Comey. Just yesterday, Rosenstein gave an interview to Fox News that seemed almost exclusively intended to ingratiate himself with his boss. In it, he chided Comey for orchestrating the leak of memos about his conversations with the president. “We take confidentiality seriously, so when we have memoranda about our ongoing matters, we have an obligation to keep that confidential,” Rosenstein said. “I think it is quite clear. It’s what we were taught, all of us as prosecutors and agents.”

— Trump also said he doesn’t want Mueller to investigate his family’s finances. He said this would cross a red line, but he would not say what he would do about it. “I think that’s a violation. Look, this is about Russia,” the president told Peter Baker, Michael S. Schmidt and Maggie Haberman.

— There is irony that Trump complained at length to the Times that Sessions recused himself because of conflicts of interest, but then in the very next breath he accused Mueller of being unable to run an impartial investigation because he has conflicts of interest. The president noted that he interviewed Mueller to replace Comey as FBI director shortly before he was named special counsel, and that members of the team he’s assembled have previously contributed to Democrats. “He was up here and he wanted the job,” Trump said of Mueller, a former FBI director. After he was named special counsel, “I said, ‘What the hell is this all about?’ Talk about conflicts. … There were many other conflicts that I haven’t said, but I will at some point.”

— He expressed no regrets about firing Comey: “I did a great thing for the American people,” Trump said multiple times. He accused Comey of giving him a heads up before the inauguration about an unsubstantiated dossier of derogatory information about him in order to get leverage. “In retrospect,” the president said. “In my opinion, he shared it so that I would think he had it out there.”

— Spokespeople for the Justice Department and the special counsel are declining to comment on the Times story. Comey also declined to comment when the Times asked for reaction to Trump’s latest claims.

By James Hohmann July 20 at 6:55 AM
The Washington Post