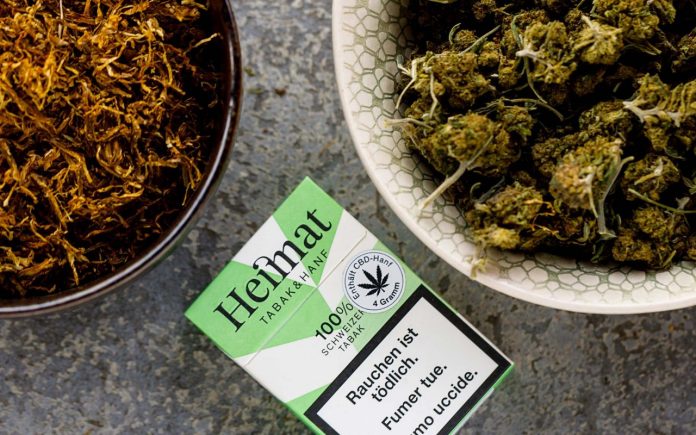 Shoppers in Switzerland will soon be able to purchase cannabis cigarettes alongside their bread and cheese. The major Swiss supermarket chain Coop has announced that it will sell what’s being billed as the world’s first hemp cigarette.

The cigarettes are so low in THC that they’re legal under Swiss law, according to the company Heimat, which manufactures the cigarettes. While many EU countries cap allowable THC at 0.2%, Swiss law has a higher limit: 1%. 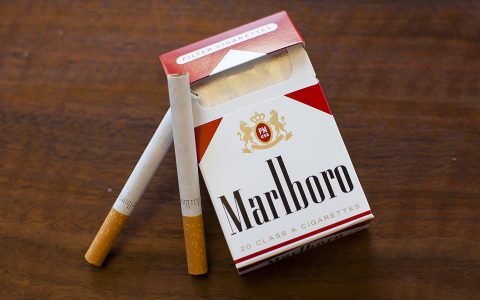 RELATED STORY
No, Philip Morris Has Not Introduced a ‘Marlboro M’ Cannabis Cigarette

The cigarettes will indeed deliver a burst of cannabinoids, just not psychoactive ones. Heimat says the smokes will contain 20% CBD. So even though the cannabis cigarettes won’t produce a noticeable high, the amount of CBD means they could offer relief from pain, inflammation, depression and anxiety, epilepsy, or other ailments.

According to the English-language Swiss news outlet The Local, a Coop spokesman said the supermarket already sells other hemp products, like tea, beer, and oil, and are in “high demand.”

Manufacturer Heimat, which is based out of the Swiss city of St. Gallen, has been producing tobacco cigarettes since last year. Only recently did the company turn its attention towards making cigarettes using hemp.

CT passes decrim in Senate, NY up in smoke