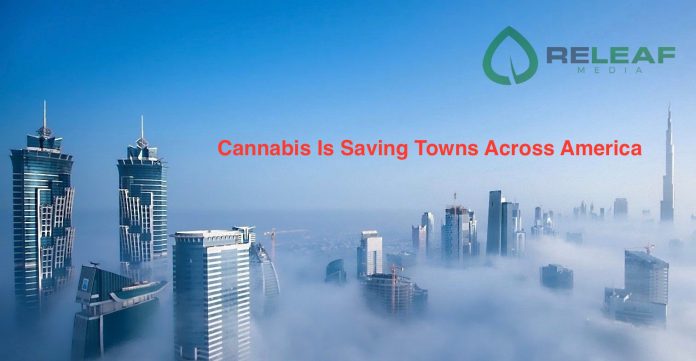 5 towns have reported that they have literally come back from nothing… Thanks to Cannabis.

Adelanto California, Pueblo County, Sedgwick (reported at one time in being in heavy discussions of becoming unincorporated), and Trinidad of Colorado, and Huntington Oregon were all on the downward spiral and withering away. All suffered from the loss of major employers and struggled to recover, with shrinking populations literally turning these areas into ghost towns. But not anymore, and it’s all due to the Cannabis Industry.

Not only have they made a come back, but they’re thriving. These have all become very industrious towns creating thousands of jobs generating revenue, tax dollars and benefiting the community. Not only have jobs been created within the cannabis industry but streets are being repaired, water systems are being fixed and replaced, new construction and renovation of abandoned structures in underway, college tuition funds, and service vehicles purchases (like ambulances and firetrucks) can now be afforded. New industry has brought new life to these towns and has brought them from Doom&Gloom Town to BOOM TOWN.