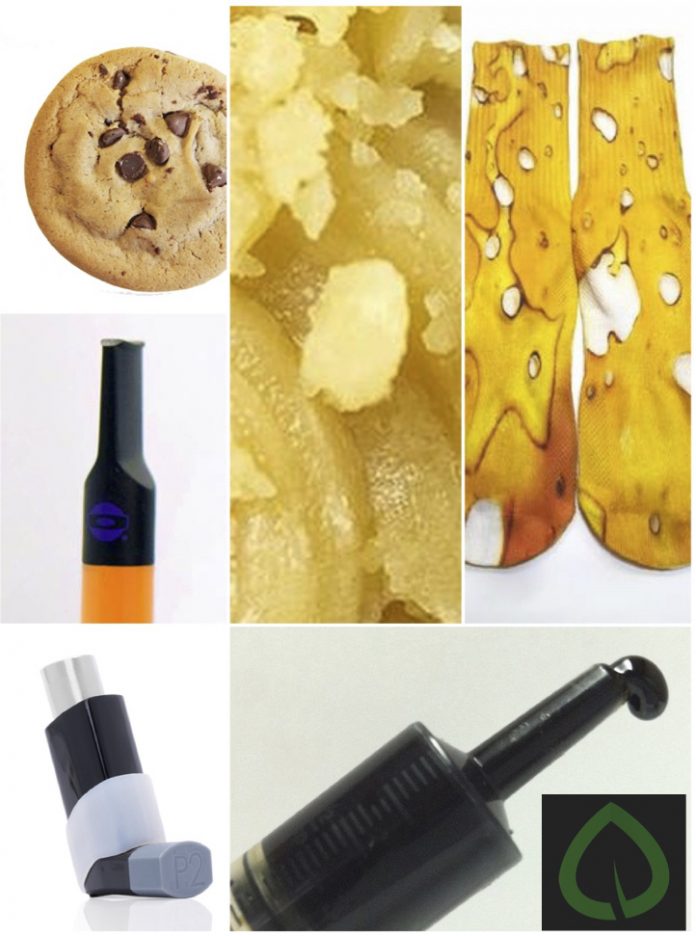 I’m probably dating myself here, but once upon a time there was a brown brick, crappy local home grown, and the super greens that rolled through around Christmas maybe some hash. And that’s if you were lucky.

With the implemented medical models that have been rolling out since 1996, innovations have been implemented allowing for a larger spectrum of products. Now one can find multi-textured concentrates like crumble, rosin, and shatter (just to name a few), full plant oil extraction for oral/edible consumption, CO2 extractions with peg infusion for e-cig type usage (there are pure ones as well) sublingual sprays or slips that work just like a Binaca blast or Listerine breath strip, transdermal patches, suppositories, droppers, inhalers, capsules, chewable tablets(just like a Flintstones vitamin), an array of culinary delights, and it all came from a flower.

Now even Big Pharma is moving along with products that are inspired by this little flower. Abbott Products has had Marinol (synthetic THC) around for years giving it to cancer patients to help stimulate appetite and alleviate nausea associated from chemotherapy treatment.  Epidiolex, a CBD rich oral application from GW Pharmaceuticals that went into drug trials with pediatric epilepsy. At least that one is a real Cannabis extraction unlike the new Syndros(sounds more like a new super-villain) which just got FDA approval and made by Insys Therapeutics (The Arizona drug company that spent $500,000.00 to oppose Arizona’s Prop 205 in last November’s election). This is also the same company that makes Fentanyl, which is 50-100 times more potent than morphine. And they got the fed to make their drug a schedule 2. Oh, and by the way, Syndros is nothing more then a new oral version of Dronabinol (synthetic THC) which is Marinol. But I have to pose the question “Why are they focused on only 2 molecules?”

The last time I looked science has identified 400 different chemicals in the cannabis plant(drug free.org), 60 of which are cannabis specific. All these different chemicals intersect and support one another, referred to as “The Entourage Effect”. How can we be looking at only one or two? This is why the anecdotal evidence shows things such as RSO (Rick Simpson Oil) has cured certain cancers and Marinol never cured anything. Strains such as Haleigh’s Hope and Charlotte’s Web seem to have greater results than Epidiolex in children with Epilepsy. I think it is contributed to it being all of the plant and not just 1 of the molecular components. In an effort to move forward, it seems to have stepped back. Plus this puts Big Pharma in a position of controlling Cannabis while moving away from the natural source of these products.