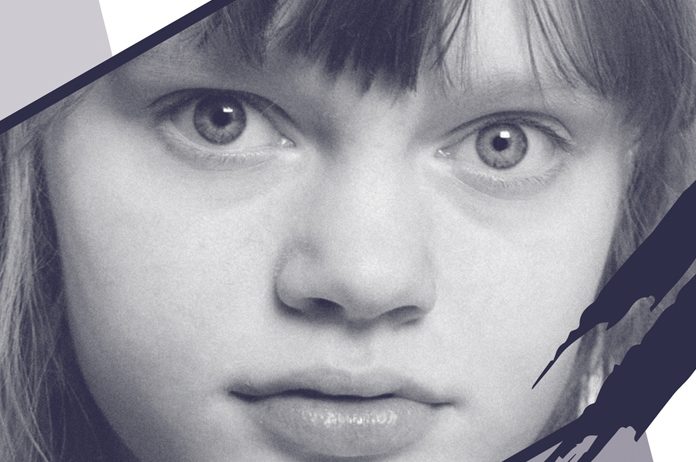 Roger and Lora Barbour met their freshman year of high school and shortly after fell in love. Flash forward years later—they are married, employed, expanding their family, and building a house, truly attaining the American Dream. On January 19th, 1999, they gave birth to their daughter Genevieve Loren Barbour. She was the perfect baby—sweet, gentle, and always smiling. Then, at three months old, her seizures began, mostly occurring every hour during the day, and every two hours at night. Roger and Lora were devastated and distraught. They were forced into decisions they weren’t sure were right, but there was no time—they wanted to do what was best for their daughter. Lora quit her job to take care of Genevieve fulltime. They saw countless doctors and spent days in waiting rooms and hospitals looking for answers. Intrigued by Genny’s case, the Children’s Hospital of Philadelphia took on the Barbour case. Almost immediately, doctors prescribed the infant Phenobarbital, a barbiturate used to prevent seizures. Common side effects include dizziness, drowsiness, problems with memory or concentration, excitation, irritability, aggression, confusion, loss of balance or coordination, headache, tiredness, loss of appetite, nausea, vomiting, or constipation. The doctors kept a close watch on Genny and made her take frequent  electroencephalograms (EEG). An (EEG) is a test that detects electrical activity in your brain using small, flat metal discs attached to your scalp. Your brain cells communicate via electrical impulses and are active all the time. This activity shows up as wavy lines on an EEG recording. With the results, the Barbours faced questions that needed to be answered. What drugs should their daughter be on? Which drugs had more severe side effects? What were the possible outcomes of such an infant being on serious medication such as these? Some of the drugs they tried were not FDA approved and must be smuggled into the country. They were desperate and scared. After two years, and five failed drugs, the family turned to brain surgery. On the way home from what was deemed a successful surgery, Genny had another seizure.
Thousands of dollars, several drugs, and two years later, Genny was still suffering from daily seizures. Running out of drugs to give Genny, the doctors suggested another surgery, which involved installing a vagus nerve stimulator into Genny. It is a surgery that works like a pace maker—doctors implant a device into your chest wall containing a battery. A wire runs from the battery up to your vagus nerve in your brain.  When a seizure comes on, you swipe a magnet over your battery area and it sends a message up to the brain to stop the seizure by giving your brain a jolt of electricity to interrupt the seizure. But after several tests, The Barbours learned Genny was not eligible for the procedure because her focal point, ran too deep in the back of the brain, making surgery far too risky. They had no choice but to continue testing drugs. The Barbours vowed to do whatever it took to help Genny live a normal life.

“Treatment” went on like this for a while. Genny was fed nearly twenty different pills over the course of fifteen years that destroyed her liver and kidneys, made her drool, unable to walk, and vomit because of the buildup in her system. Nothing was working.

Then, during one of her visits at the hospital, Lora noticed a little boy undergoing treatment with cannabis who was seeing results. Cannabis was their last hope.

The first step was getting Genny her NJMMP patient card and because she’s a minor, the Barbours also had to attain their NJMMP caregiver cards. In New Jersey, a child needs at least one registered NJMMP doctor and a psychiatrist’s approval for a license. An adult needs just a registered doctor’s approval. In a year, Genny saw her NJMMP doctor four times, and finally received her New Jersey Medical Marijuana Program patient card. The Barbours received approval as well, allowing them access to a New Jersey dispensary called Alternate Treatment Centers (ATCs). They would be charged $1,000 plus tax for their monthly 2-ounce allotment. The cannabis market in New Jersey is extremely restrictive. You can only buy marijuana in the flower form, no oils, tinctures, cannabudder, edibles are sold. Most parents like the Barbours, are unfamiliar with cannabis treatment and are left in the dark. They know marijuana can help but have no idea of best practices and methods to achieve the best results. Roger and Lora reached out to other CannaParents and discovered cannabis oil pills that had worked for other children with seizures. They learned how to make the oil pills themselves and began giving them to Genny. They saw improvements immediately. Her daily seizures lessened to every five days and she only takes two epilepsy drugs. Genny is more alert, talks, and sings, and no just noises, but actual words. “Genny loves Barney and Christmas videos, so we play Christmas songs all year round,” says Lora. “We are so pleased to see the real Genny shine through. There is a person inside.” “Cannabis is the best medicine ever had. It is a shame there is so much stigma attached to it. I shouldn’t have to feel like a criminal.”

But the Barbours continue to deal with the stigmatization of cannabis everyday. Genny needs to be given a cannabis dose every four hours—one before she gets on the bus, then another one at noon, and one after the school day and so on. The school should give Genny her noon time dosage during the day, but refuses to do so. While there is no problem administering her with a rectal valium, or strapping her down to a Rifton Chair to control the autistic meltdowns, her medical marijuana dosage is looked at as criminal. The school refuses to give the medicine to Genny, so Lora picks her up during lunch to administer the medicine herself.

New Jersey has placed medical marijuana under its CUMMA law (Compassionate Use of Medical Marijuana Act) and therefore Genny should be allowed to take her medicine during school.  The lawyer comes out in Roger as he is always quick to remind one interested in the CUMMA, “The NJ Attorney General Guide Lines clearly state in response to the CUMMA’s ban on smoking at school:  “Note that this provision of CUMMA applies only to smoking marijuana in certain specified places, and thus does not prohibit a person from orally consuming or being under the influence of medical marijuana while at any of the protected places.””

Genny is clearly being denied her medication on school grounds. Roger always promises, “As a parent of two girls, any injustice they encounter, I will have a say in it.  They are everything to me.”  Lora and Roger took action.

Roger and Lora reached out to local representatives. New Jersey’s Assembly and Senate fast tracked the bill that would require facilities providing services to persons with development disabilities and school to adopt policies permitting administration of medical marijuana to qualifying patients. In nearly record time, bill (A-4587) by New Jersey Assembly members Pamela Lampitt and Lou Greenwald was introduced and approbed by a 59-9 vote. Bill (A-4587) requires school districts to develop cannabis policies for students who are registered in the state’s medical marijuana program. Bill (S-3049) permits a parent, or another designated caregiver to bring the oil to school and administer it to the child and shield the district from legal liability. It won by a 33-4 vote without discussion. After the New Jersey Senate and Assembly convene, both bills will be placed on Govenor Chris Christie’s desk, where he can veto the bill or sign itinto law. If he chooses to do nothing, in 45 days the bill will be turned into law. For now, the bill is in limbo, as the Senate and Assembly are on a break. Once their break is finished, the 45-day countdown begins. Governor Christie has not made time to sign the bill into law, perhaps during there is no time during his busy schedule in running for president.

There is no question that Genny Barbour’s life would be no life at all without medical marijuana. To support Genny and the Barbour’s, help get these bills passed. Tweet to @GovChristie and ask him to help Genny and sign bill A-4587 into law. If you would like to hear more of Genny’s story, or help the the Barbours, or if you just wish to support Genny, please visit: Genny’s Purple Ribbon Journey on Facebook and please go to:  WWW.gofundme.com/9k2htsnw