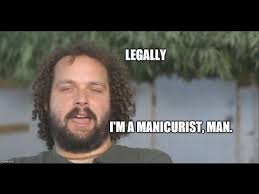 The Emerald Triangle is a remote area of Northern California that has long been considered the “world’s best-known ganja-growing region.” It produces over half of the marijuana consumed in the US.

Nearly every green, leafy bud that leaves the Emerald Triangle has been carefully pruned with a pair of scissors to remove its leaves.

And every summer, tens of thousands of migrant workers, called “trimmigrants,” swarm the area to do just that. Students from nearby colleges and visitors from far-off countries work through the harvest, which typically ends in November, earning between $100 and $300 a day for 10 to 15 hours of labor.

While trimming kush might sound like a cushy gig, it’s actually one of the hardest jobs in the marijuana black market, according to a recent investigation from Reveal reporterShoshana Walter. She spent months talking to trimmigrants about the abuse they’ve faced in California’s pot country.

The work is tedious, but not difficult to learn. Music often plays in the background. Drug use on the job is not unusual, Walter reports.

An anonymous blogger writing for Reality Sandwich describes the daily grind in these terms: “You wake up, you trim, you break for meals, you trim, you go to sleep.” Her meals were provided by her employer.

While some growers provide housing, many other trimmigrants are effectively homeless. They camp in parks and alleyways.

Sorcha O’Higgins, a Buenos Aires-based blogger, says she made $5,000 (after food and alcohol expenses) over five weeks in the trim trade. She has the work-related injuries to prove it.

“After a few weeks your hands are calloused, your lower back crippled, your wrists ache, and all the days merge into a green haze,” O’Higgins writes for the Matador Network. She does not plan to return.

There’s no way of knowing how many trimmigrants arrive in the Emerald Triangle each year. Because the region supplies much of the black market, the workers are mostly undocumented. One estimate puts the number of trimmigrants at 150,000, with half coming from outside the country.

Why trim the leaves off buds? Well-manicured weed just looks better. It’s free of the hairy leaves that cover the part of the plant you smoke, and will likely fetch a higher price at dispensaries or on the black market.

The leaves also have a lower concentration of tetrahydrocannabinol (THC), the psychoactive ingredient in marijuana. So a medical marijuana patient who buys an eighth of an ounce of untrimmed bud gets less value for their dollar than they would buying trimmed pot.

Female trimmigrants working in the male-dominated growing community can also face danger. Stories of sexual assault, rape, and exploitation run rampant in the Emerald Triangle, though few survivors press charges, according to Reveal.

In some circles, female trimmers are actually more likely to be hired. “It sounds kind of crude, but [the male growers] seek female companionship,” an investigator for theEureka Police Department tells Reveal.

As California moves to legalize the recreational use of marijuana this November, growers are snapping up land from wine country to Humboldt County in the hope of cashing in.

If the weed business moves above the table, trimmigrants can only hope working conditions will rise with it.

Cannabis is MY medicine