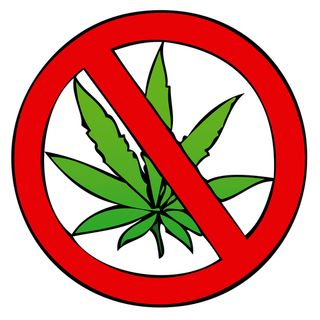 Marijuana dispensaries remain a tough sell in many communities

In Hopkinton, the Board of Selectmen proclaimed that a medical marijuana dispensary simply wouldn’t fit the town’s family-oriented image, and voted against a proposed store.

In Seekonk, town leaders fretted that dispensaries would bring crime and an onslaught of marijuana smokers to their community, prompting two companies to withdraw their plans.

Four years after Massachusetts residents — including voters in Hopkinton, Seekonk, and Southborough — overwhelmingly approved legalizing marijuana for medical use, dispensaries have become the ultimate not-in-my-backyard symbol in many towns.

Just seven dispensaries have cleared local hurdles and opened since voters backed medical marijuana in 2012. Yet the law put no restrictions on the number of dispensaries allowed after the first year.

“Virtually every applicant I have worked with has been rejected in one town or another. The smart applicant is working five to seven towns simultaneously,” said Kris Krane, president of 4Front Ventures, a marijuana consulting and investment company.

Usually, a community’s veto of a dispensary is no more complex than this: Residents just don’t want a store distributing cannabis, Krane said.

“I have a lot of sympathy for these towns,” he said. “A lot of these towns are small, with selectmen who are . . . facing a lot of neighborhood opposition.”

The intensity of community resistance took the chairman of Southborough’s Board of Selectmen, Brian Shea, by surprise.

Nearly two-thirds of the community’s residents approved legalizing medical marijuana when they voted on the 2012 state initiative.

So Shea assumed residents would be in favor of a dispensary. He personally opposes medical marijuana, but said he voted in February to allow a dispensary to open in Southborough, figuring he was following the will of town voters.

“I have not received one bit of applause for my vote,” Shea said. Friends have told him that when they voted to legalize medical marijuana, they never thought it was destined for their town.

After selectmen approved the first dispensary, citizens banded together to make it much harder for any more marijuana shops to come to town.

In June 2015, people lined up at a medical marijuana dispensary in Salem.

Nichole Snow, executive director of the Massachusetts Patient Advocacy Alliance, said the local review process required in the state licensing system has left much of the state without any dispensaries.

“Comments by local officials are enough to discredit the medical marijuana program to the point that other companies don’t want to locate [in a town], and the patients are the ones ultimately losing out,” Snow said.

The state process for licensing medical marijuana dispensaries was overhauled in June 2015 by the administration of Governor Charlie Baker. Officials said the new system stripped away the subjectivity, secrecy, and inefficiencies at the state level that had mired it under his predecessor, Deval Patrick.

But it had an unintended consequence: It gave communities almost absolute veto power over dispensaries.

The revamped system requires each company that wants to open a dispensary to receive the blessing of a community’s governing body, typically the board of selectmen or city council, before a license application can move forward.

State records show that 40 percent of applications filed since the new system started are still in the phase that requires a local letter of support or, at the very least, a letter stating that community leaders are not opposed to a dispensary. Another 21 percent have not made it this far.

But the state Health Department, which regulates the program, said its overhaul eased the old bottleneck, helping more companies move ahead in the process. A spokesman said the new system “values the voice of local communities,” and was tailored largely in response to municipal leaders.

When Hopkinton selectmen voted against a dispensary in December, they didn’t cite neighborhood objections. Their concern was broader than that.

“Unfortunately, the town you are coming to — this just does not fit our self-image,” Ben Palleiko, the board’s chairman, told the applicants, according to the town’s videotape of the meeting.

Chuck Grant displayed his medical marijuana that he picked up from a dispensary in Salem.

Nearly a year later, not much has changed, and no other applicants have applied, said the board’s vice chairman, John Coutinho. “I don’t want to speak for everybody,” Coutinho said, “but I don’t see the town opening that door.”

Valerio Romano, a Boston attorney who represented the company that applied in Hopkinton, said he has had several clients face similarly stiff opposition in other communities.

He blamed misinformation about perceived problems, such as crime and lax security, linked to medical marijuana dispensaries.

Concerns about security were raised by Seekonk selectmen in May, when Romano outlined plans by one of his clients for a dispensary there. And they were also suspicious about the state’s system for registering patients to use marijuana.

“I understand, 100 percent, the benefits [of marijuana] for individuals who are sick,” said Seekonk Board of Selectmen chairman David Andrade. “It’s the ease of which some of these cards are obtained, or prescribed, that I have the issue with, myself, personally.’’

As the selectmen’s discomfort with medical marijuana became clear, Romano ended the presentation, saying he would not ask the board to vote on the company’s proposal.

Romano’s client was the second medical marijuana company in less than a year to walk away from Seekonk.