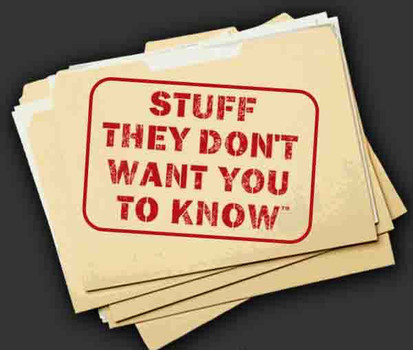 While it has long since been considered somewhat of a conspiracy theory that the federal government is purposely preventing marijuana from being researched for its therapeutic benefits, a recent interview with the Obama Administration’s “drug czar” reveals that the people’s paranoia is very real.

It was not until Monday, however, when the story began to pique our interest.

That’s when Tom Angell, chairman of Marijuana Majority, uncovered a snippet of audio from the conversation alluding that old Uncle Sam has been holding back pot-related studies for years in order to prevent marijuana from being categorized as medicine.

While the nation’s leading official on drug policy did go on to say that the Obama Administration has taken a number of leaps in recent years to improve the availability of research, his comments will undoubtedly crawl under the skin of cannabis reformers who have suspected the government all along for doing everything in its power to keep the medicinal benefits of the cannabis plant in the dark.

This news comes just days after it was discovered by ATTN:, through a letter obtained under the Freedom of Information Act, that the FDA does not exactly agree with the DEA’s decision to keep marijuana restricted under the confines of a Schedule I classification.

The letter, penned by acting FDA Commissioner Stephen Ostroff, suggests the Department of Justice should consider reevaluating “the legal and regulatory framework” it uses to prevent marijuana research.

“[National Institute on Drug Abuse] points out that another potential area for review is the legal and regulatory framework applied to (1) the assessment of abuse liability for substances in Schedule 1 (including the comparative standard used to assess the relative risk of abuse) and (2) the assessment of currently accepted medical use for drugs that have not been approved by FDA,” the letter reads.

“While potentially daunting (depending on its nature and scope), re-evaluation of the legal and regulatory framework by DOJ/DEA and [U.S. Department of Health and Human Services] could identify ways to encourage appropriate scientific research into the potential therapeutic benefits of marijuana and its constituents,” it continues.

It seems while the DEA was busy blaming the FDA back in August for its decision to deny a petition to reschedule marijuana, it failed to mention that the health agency was essentially forced to make this move because of the eight factors the DEA has outlined for making this determination.  Ultimately, Ostroff does not seem to believe marijuana should be lumped in with drugs like heroin, but the FDA was still required to say the cannabis plant has no medicinal value based on the DEA’s “inflexible” guidelines.

Marijuana reformers hope the FDA’s letter is a sign of a promising future for scope of the nation’s marijuana laws.

“This document highlights the great value in FOIA for marijuana journalists and activists,” Angell told MERRY JANE. “Now we know that FDA has been pushing DEA behind the scenes to loosen research restrictions like the Mississippi monopoly and the unneeded PHS review. Thankfully the Obama administration agreed and made those changes a reality. Hopefully they’ll also pursue a separate scheduling determination for CBD and listen to what FDA said about how the criteria for determining scheduling might be too restrictive.”