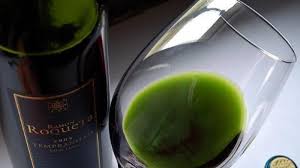 The road to California’s first commercially available pot-infused wine begins on a camping trip in Yosemite National Park in 2010. There, Lisa Molyneux, a Santa Cruz dispensary owner and pioneer in marijuana retail, is introduced to the therapeutic properties of an especially good bottling purveyed by Louisa Sawyer Lindquist, owner of Verdad Wines in Santa Maria. For Molyneux, an ebullient cancer survivor who became a grower and founded her shop, Greenway, to aid fellow survivors, that evening at the campfire got demonstrably mellower. By the next day Molyneux and Sawyer Lindquist were already talking about working together.

The result is Canna Vine, a high-end marijuana product that combines organically grown marijuana and biodynamically farmed grapes, made with the care and meticulousness of Opus One. Advocates include Chelsea Handler and Melissa Etheridge — in fact, Etheridge has her own line of wines, called Know Label, also made by Molyneux — and other celebrities have expressed interest in having their own versions. And it comes with a price — anywhere from $120 to $400 a half-bottle— that alone might prove irresistible to other California winemakers.

Pot wine, also known as green wine (described, for legal reasons, as a “tincture”) has probably been around almost as long as there has been pot and wine. In California its modern inception is usually traced to the late ’70s and the winemaking crew at Chalone Vineyard, which is situated in an inland wine region near Pinnacles National Monument, miles from civilization (and the arm of the law). There, growers could cultivate both ingredients and perfect their methodology in relative secrecy. Winemaker Billy Wathen learned his craft there, and when he moved on to Foxen Winery in the Santa Maria Valley he passed his knowledge along to colleagues and friends. In this way, Santa Barbara County became a hotbed for such practices; when asked who among his colleagues has made some version of green wine, Wathen tends to look askance, as if to say, “Who hasn’t?”

Qupé winemaker Bob Lindquist (who is Louisa Sawyer Lindquist’s husband) is one of Wathen’s acolytes and has himself passed on the secrets of green to others, such as Sonoma winemaker Pax Mahle, who became a practitioner in earnest after a “summit” of green wine producers in 2011 in Big Sur, which may or may not have resulted in naked fire dancing at the Henry Miller Library on a moonlit night. Conversations about green wine sometimes go on such side routes.

It became commonplace to see infusions passed around at parties and unsanctioned events, which is how I was introduced and where I learned (to my relief) that infusions of this type are generally more pungent than potent, since fermentation temperatures rarely exceed 90 degrees. This is high enough to release cannabinoids (one of many active agents in pot) but not high enough to “decarboxylate,” or release, the THC, the most psychoactive substance in marijuana. The result is a mellow, physical “body high” rather than a more disorienting mental high. This property, somewhat unique among the ingestible forms of marijuana, was what made it so compelling to a healer like Molyneux.

“What’s nice about it is how subtle it is,” she says. “There’s a little flush after the first sip, but then the effect is really cheery, and at the end of the night you sleep really well. It really is the best of both worlds; you get delicious wines with medicinal benefits.”

Etheridge, a cancer survivor herself, knows those benefits firsthand. “When I was in my deepest, darkest, last throes of chemo,” says Etheridge, “I couldn’t smoke or use a vaporizer — and I was never really an edibles eater; I didn’t want to be ‘out of it.’” Molyneux’s tincture seemed to solve some of these issues. “It lands in a really beautiful place.”

This coming harvest Sawyer Lindquist will deliver pressed-off juice to an undisclosed location in the vicinity of Santa Cruz (green wines are inevitably made and stored in other facilities, to safeguard a winery’s bonded status). Molyneux will wrap about a pound of cured marijuana in cheesecloth and add it to a barrel, where it will ferment, then repose, for a year or more.

Molyneux makes the wine, but both she and Sawyer Lindquist have explored blends of the two weed types, sativa and indica, to find a balance between uplifting and relaxing sensations. They’re also actively seeking to combine the flavors of cannabis and the flavors of wine into something more harmonious. There’s a strain of cannabis that’s somehow pineapple-scented, for example, and Sawyer Lindquist says it pairs exceptionally well with Viognier fruit. And the weed strain Molyneux calls “Cherry Pie” is quite compatible with Grenache rosé. Others feel it’s just fine on its own, provided you like things herbal. “It smells good, like fresh bud,” says Mahle. “I love the taste and flavors of marijuana, so to me it’s really delicious.”

California remains the only state in the country where such a product is commercially available, though only with a medical marijuana card. In the states where marijuana is legal, Washington, Oregon or Colorado, infusions are not currently permissible (a tacit acknowledgment that for the time being a product combining two controlled substances is beyond any agency’s regulatory ability). The California ballot initiative Proposition 64, which would legalize marijuana for recreational use in the state, does not address tinctures but could change their status.

Wine is already highly regulated; who will regulate an alcohol + cannabis delivery system is still a matter to be worked out. To Molyneux, however, that prospect seems inevitable; she’s already exploring that prospective outcome with her lawyers in hopes of presenting it to the Alcohol and Tobacco Tax and Trade Bureau (or TTB, the regulatory agency for alcoholic products) when the product comes under review.

As California flirts with legalization, as the substance in its many forms continues to occupy this weird nether territory between the legal and forbidden, more and more it seems as if pot is no longer merely a mind-altering substance. It has an ever-growing potential to alter the culture as well — including food and wine culture. Marijuana is already beginning to make inroads into food and drink outside of dispensaries — at Gracias Madre in West Hollywood, for example, you can purchase a cannabinoid-laced cocktail such as the Stony Negroni (since there’s no THC, you don’t need a medical marijuana card to purchase it).

Molyneux employs bakers and cooks for her edibles program, as do countless other purveyors, and it’s not inconceivable that if and when the legal status of green wine is sorted out, winemakers will be retained in the same way. And if producers are getting $100 or more for a half-bottle, how can wineries afford not to get into the game?

In the meantime Molyneux, Sawyer Lindquist and Etheridge are unabashed in their desire to position themselves with quality products that take advantage of what they see as an inevitability. “Cannabis wine has been so effective as a stress reliever, as a mood elevator, and as a medicine,” says Sawyer-Lindquist. “I have no idea what the market will be like for it, but whatever I make I want to be safe, made from pure ingredients and, hopefully, delicious.”

Etheridge is even more hopeful: “I think that an herb-infused wine might be the sort of beautiful bridge to helps us to understand where cannabis fits in our culture,” she says. “Who’s to say an herb-infused wine isn’t just the medicine a person is looking for at the end of the day?”