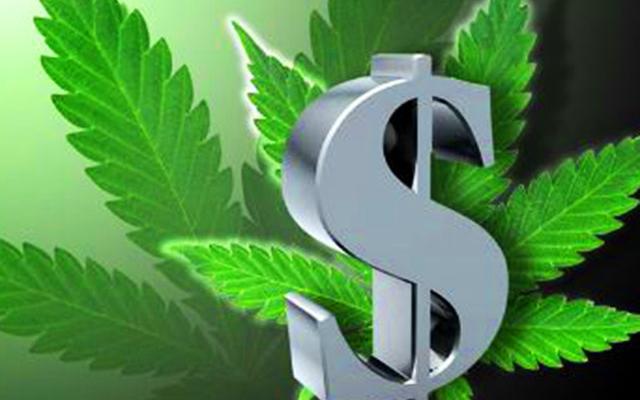 How States Are Spending Their Marijuana Revenue

The handful of states that already legalized marijuana have seen a subsequent boom in tax revenue, resulting in programs largely benefiting children and sick people.

Here’s how states that have already legalized marijuana are spending their revenue.

In Colorado, like many states reaping marijuana tax revenue, the bulk of it is actually spent preventing broader addiction issues through educational programs, substance abuse treatments and law enforcement training. According to theColorado Legislative Council, these funds also bolster jail-based behavioral health services and initiatives to keep marginalized youth out of the prison system.

Kristi Griffith-Jones, program administrator for the Tony Grampsas Youth Services program in Colorado, manages state-funded grants for community organizations ranging from $25,000 to $500,000 each. “It [marijuana tax revenue] allowed us to fund many more programs for youth and families throughout Colorado,” Griffith-Jones said. “We now have 79 grantees.”

“The garden has an organic farm stand that’s pay as you can,” Griffith-Jones said. “It’s helping the community as well.” She estimates TGYS grantees currently serve over 76,000 people statewide, out of which 27-percent are children ages 0-8 and 55-percent ages 9-18.

Yet even with so many diverse initiatives benefiting from the cash influx, marijuana tax revenue still outpaced expectations. Fortune Magazine reported Colorado’s skyrocketing weed industry is now worth $1 billion. The state itself reaped around$135 million in 2015. Colorado has so much extra revenue that voters passed Proposition BB last November, which allows any surplus to go to other local programs.

The majority of Colorado’s surplus will go towards school construction. Meanwhile, extra funding will also go to the Colorado Department of Education’s bullying prevention initiative, which offers 50 schools grants of up to $40,000 each for training and anti-bullying resources.

“It’s a great opportunity for schools to apply and make sure the social and emotional wellness of their students is taken care of,” Adam Collins, the CDE’s bullying prevention and education grant coordinator, told Denver7.

And Colorado isn’t the only state putting marijuana tax revenue to good use. Oregon prioritized public education as well by allocating 40 percent of the money to a Common School Fund, 35 percent to law enforcement and 5 percent to the Oregon Health Authority.

Meanwhile, Washington has taken a more holistic approach. The evergreen state is using the influx of cash to fund the same types of prevention and treatment programs Colorado and Oregon have. In addition, Washington also sanctioned $5 million for scientific research and $1.33 million to Building Bridges Programs to reduce student dropout rates, according to the American Civil Liberties Union.

Like Colorado, Washington is now home to its own billion dollar marijuana industry. Huge chunks of the subsequent tax revenue are going towards public health care, despitebacklash from Republican state legislators. Lawmakers estimated the revenue could cover “a five-year average of up to 83,000 enrollees” using Medicaid and other similar programs.

Implementing this system hasn’t been easy. Partisan turmoil still threatens to divert marijuana tax revenue from the original plans voters approved. “I’ve heard in Washington that money was supposed to fund X,Y and Z but actually went to somewhere else,” said Paul Armentano, deputy director of the National Organization for the Reform of Marijuana Laws. “That’s not the fault of the initiative. That’s the fault of the lawmakers…ultimately it’s up to constituents to hold lawmakers accountable. That issue is not unique to marijuana.”

Despite Republican opposition, marijuana tax revenue still helped fund several community health centers. According to the Office of the Insurance Commissioner, around 8.2 percentof Washingtonians don’t have health insurance. Marijuana tax revenue isn’t a solution to this issue. But the influx of funds bolstered many community health clinics struggling to treat thousands of uninsured patients.

So far just a few states have benefited from public services funded by local marijuana users. But the Tax Foundation, a Washington, D.C.-based think tank, estimates nationwide legalization could generate $28 billion in both local and federal tax revenue.

“This revenue is already being generated every day,” said Armentano. “All these [taxation] policies do is take these transactions from the underground market and move them above ground so taxpayers can reap the benefits. Marijuana law reform is first and foremost a social justice issue.”