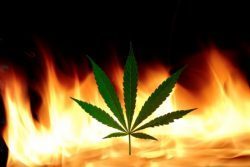 Fire codes adopted by various cities and states across the nation may soon have a chapter on cannabis cultivation and processing facilities.

The National Fire Protection Association, a member-based nonprofit that develops codes and standards for fire safety, is steps closer to adding a chapter on marijuana grows and processing facilities to its NFPA 1, Fire Code.

The chapter has been in the works for more than a year, said Kristin Bigda, NFPA’s principal fire protection engineer who had guided a task force — consisting of NFPA and marijuana industry members — assembled to develop the code language. Following a series of revisions, additions and many meetings, a second draft of the code language is expected to go before the NFPA’s technical committee on Oct. 3 and 4, in Milwaukee, Wis., she said.

“One of the things that the task group has been keeping in mind as they develop this language … is what truly is unique about these facilities and what requirements does NFPA already have,” she said.

Taking a lead role in the development of these guidelines have been fire marshals and industry members in Colorado, which were profiled in the September/October edition of the NFPA Journal:

Public safety agencies have played a key role in shaping the evolution of this fast-moving industry, even as they were often forced to write the textbook while learning the material. “Our knowledge of the industry literally started at zero,” said Brian Lukus, a young fire protection engineer who has led the Denver Fire Department’s marijuana efforts. “Meanwhile, the industry went from zero to a hundred miles an hour in an instant.”

The work done in Colorado — as well as in Washington, Alaska, and Oregon, states where recreational marijuana is also legal — may provide a roadmap for other jurisdictions as the legalization movement continues its methodical march across the nation. Likewise, Colorado’s struggles, some of which are ongoing, could help other states better manage similar issues.

The NFPA Journal cover story highlighted some of the unique challenges presented by the rapidly growing industry, notably the potential dangers of the commercial production processes to manufacture concentrates.

If the technical committee accepts the second draft, the chapter could land in the 2018 edition of NFPA 1, which would publish in the second half of 2017, Bigda said.