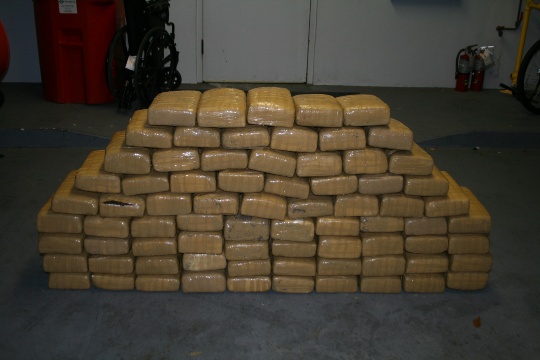 Texas truck wreck leads to discovery of $2.2 million in marijuana

VEGA, Texas — Investigators say a pickup truck accident in the Texas Panhandle has led to the seizure of $2.2 million in packaged marijuana found in the bed of the vehicle.

The Texas Department of Public Safety on Wednesday announced the arrest of the driver on a felony charge of possession of marijuana. A Texas trooper seized the nearly 400 pounds of marijuana during the incident before dawn Tuesday on Interstate 40 near Vega.

A statement from DPS in Amarillo says the trooper responded to a report of a one-vehicle accident, then discovered more than a dozen wrapped packages of pot. Officials say the driver was not injured and was booked into the Oldham County jail.

Investigators believe the drugs were being hauled from Tucson, Arizona, to Atlanta.