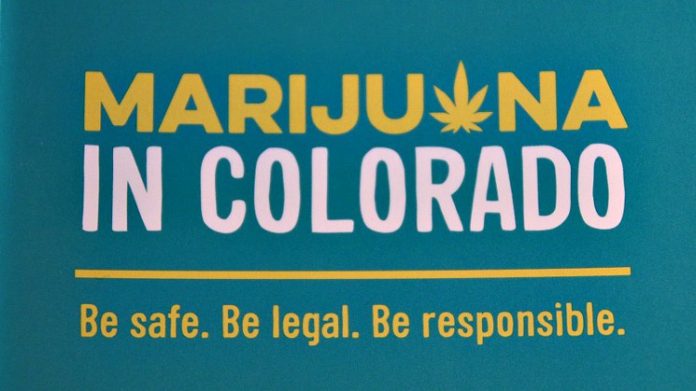 As huge as the cannabis industry is in Colorado, you might be surprised to learn that the growing industry has not been as big of a tourist grabber as you might have thought. It turns out that as little as 5% of visitors say that legal marijuana was one of their main reasons for choosing Colorado as their vacation spot. More surprisingly, only 12% of people visiting Colorado actually report having gone to a dispensary – which means that a lot more of Colorado’s legal cannabis is being sold to residents than we had realized and that the legal industry isn’t bringing in as many tourists as we all would have expected.

While we may not know why it’s not getting more attention from tourists, we do know that those tourists who do choose to consume legal cannabis do not have a clear understanding of how the legal cannabis industry works in the state. Of course, to a degree this should be expected – the industry is relatively new, the laws are new and they are unique to each state that allows legal marijuana – but there also isn’t enough being done to let tourists know about these specific laws (such as not being allowed to consume cannabis in public).

Sadly, even though the cannabis industry could be an excellent tourist attraction, due to the conflicts with federal law the state does not intend to start promoting cannabis to vacationers any time soon. However, they have realized the need for more education for those coming into the state to purchase and consume cannabis products. After all, surveys have shown that the residents of Colorado who have been exposed to the “Good to Know” campaign (intended to educate residents on marijuana do’s and don’ts) had a much better understanding of the laws that were put in place with Amendment 64.

“I do believe we need to make it clear to our travelers what to expect when they come to a state where marijuana is legal,” said Cathy Ritter, director of Colorado Tourism Office. “I’ve had some hoteliers believe that their front desk clerks are paying the price because we do not share information with travelers about that.”

“Because a lot of people, when they come to the state, are unaware that they can’t smoke marijuana publicly; and so it’s really more of an education program that’s needed.”

While they will be adding the information about legal marijuana to the Colordo.com website, they have said that it will not be found on the home page – they will never have a “marijuana tab” where you can go find tourist information; rather vacationers will be able to search “marijuana” on their website and it will provide them with information on what is legal and what still isn’t. Likely it will be similar to the Good to Know campaign, or it may simply refer visitors to that website – there is no deadline for when this information will be included on the website.

So as much of a surprise as it is that the cannabis industry isn’t bringing in more tourism, those who are visiting for that purpose need to have a better knowledge on how the laws work. After all, a regulated market is much different than the black market – it’s more open in some ways, however it doesn’t offer you freedoms such as being able to smoke a joint while driving down the road, or while enjoying a picnic in the park. However, education is the best route here – finding a way to reach these visitors before they end up frustrated with police, hotel desk clerks and bar owners throughout the state simply because they don’t know the law.

The Race Between Medical Marijuana and Viagra