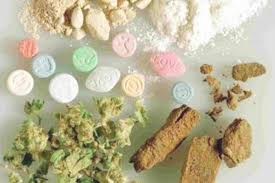 Makers of Fentanyl: We Oppose Marijuana Legalization For Children Safety

A pharmaceutical company manufacturing Fentanyl pills for severe pain is attempting to combat marijuana legalization. Insys Therapeutics Inc. has donated half a million dollars toward a campaign that would aim to prevent the legalization of marijuana in Arizona. The company claims their reason for opposing marijuana legalization is “because it fails to protect the safety of Arizona’s citizens, and particularly its children.” However, the company pushes a much more addictive and sometimes even deadly drug, Fentanyl.

Fentanyl is prescription narcotic that has a high risk for addiction and dependence. Fentanyl is a potent, synthetic opioid that is prescribed to those suffering from severe pain. It has been responsible for death when taken in high doses. Unlike marijuana, which is being actively combatted by the makers of Fentanyl. Some use fentanyl and marijuana as recreational drugs. However only the former is responsible for hundreds of overdoses a year. This observation has led many to claim that the company Insys Therapeutics is putting profits over patients.

Insys Therapeutics claimed that marijuana legalization fails to protect the safety of children, what they neglected to mention was what the main ingredient in their product was doing to children across the nation.

The mother of 16-year-old Gwyn Staddon found her daughter unresponsive in the bathroom of a Starbucks after a reported Fentanyl overdose about a month ago.

“I think they’re getting away with murder,” the grieving mother said about the makers of Fentanyl. “It could be anyone’s child,”  she added. The isn’t the only case of a child dying from Fentanyl. A 6-year old girl died from the misuse of a Fentanyl patch.

The study concluded that further investigation into how medical marijuana laws can interact with policies aimed at preventing opioid overdoses was required.

The fact that marijuana has been found to be effective in treating severe and chronic pain. The Drug and Alcohol Review found that 80 percent of medical marijuana patients swapped painkillers for pot. Perhaps these statistics are what prompted Insys Therapeutics to donate half a million towards stopping the recreation marijuana initiative on the Arizona ballot.

We wouldn’t count on the fact that Insys Therapeutics has your children’s best interests in mind. Marijuana legalization has not been found to lead to an increase in teen usage. In fact, studies have found teenage marijuana use dropping. So the company’s reason for donating half a million against the legalization of marijuana was more likely to protect their pockets. Arizona voters will be deciding whether or not to legalize recreational marijuana this November.