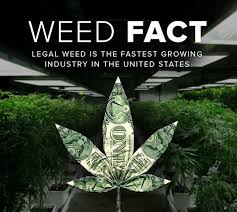 The decision came at a hearing at noon today, Tuesday, Sept. 13, in U.S. District Court Judge Linda V. Parker’s courtroom in Flint on two marijuana petitioners’ bid to have their signatures counted, in hopes of allowing Michigan residents to vote on legalizing marijuana for people 21 and older.

Parker ruled after a hearing that went longer than an hour that there is not not enough time to stop the process of Michigan’s election to place the issue on the ballot.

“…it’s really too late to have an effect,” she said while ruling on the plaintiff’s request for a temporary restraining order to pause election processes. She noted a Sept. 24 deadline to send ballots to overseas voters, and a 40-day window that the state legislature has to be given to look at the ballot initiative before the election.

MI Legalize turned in 354,000 signatures for the ballot issue —more than the total needed to qualify for the November ballot — but state rules making signatures older than 180 days void, blocked it from being added to the ballot.

The lawsuit sought a temporary restraining order, as well as preliminary and permanent injunction against the Michigan Secretary of State and other defendants.

Myers and Serna are both registered voters and signed petitions more than 180 days before they were filed with the state.

Their federal lawsuit argued that the rebuttal presumption, the statute that says signatures older than 180 days are presumed void, is unconstitutional, as well as its use.

“The 1986 Board of Canvassers policy to utilize the rebuttable presumption, which all parties acknowledge has never been utilized and is impossible for Plaintiff to comply with, is unconstitutional,” the lawsuit reads, and attorney Thomas Lavigne argued in court.

“We the people are on our own on this one,” Serna said after the ruling. “What is free speech when 354,000 Michigan citizens won’t be heard?”

Besides the timeline issue, the judge based her ruling on an argument from the Michigan Attorney General’s office that the case was “res adjudicata,” or already determined by a lower court.

Parker said the Michigan Court of Claims decision addressed constitutional claims brought by the plaintiffs in that court, and the same issues could not be brought to U.S. District Court.

Parker also noted the timeline of the filing, and that the plaintiffs could have filed earlier, instead of waiting to hear from the Michigan Supreme Court in a separate filing by MI Legalize about the marijuana vote issue.

Despite the ruling, the judge said, “I know we will see this again.”

“We are not done,” she said. “When I say we, I mean we the people. But it has to be done according to law.”

The federal suit comes on the heels of a court battle that just ended in Michigan, as attorneys appealed the case to the Michigan Court of Appeals and the Michigan Supreme Court, both of which declined to hear arguments.