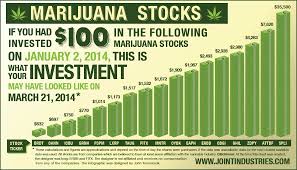 Cannabis Industry Expected to Be Worth $50 Billion by 2026

The legal cannabis industry in the U.S. may grow to $50 billion in the next decade, expanding to more than eight times its current size, as lawful pot purveyors gain new customers and win over users from the illicit market, according to a new report.

Legalizing recreational use in California, where the drug is already medically permitted, is on the ballot in November, and approval of that measure alone would triple the size of the nation’s current $6 billion legal industry, according to a report from 10 Cowen & Co. analysts released on Monday. In all, voters in nine states will vote on weed-related initiatives this November — five to legalize the drug for all adults and four to allow for medical use.

Pot already is legal for recreational use in Alaska, Colorado, Oregon, Washington and the District of Columbia, and is medically permitted in 25 states. Cowen’s forecast assumes federal legalization of the drug, a measure that has more than 50 percent popular support.

“Cannabis prohibition has been in place for 80-plus years, but the tides are clearly turning,” the analysts said.

The expanding industry will affect big business even though the current competitive landscape is largely made up of smaller startups. Because the plant is still federally illegal, large companies have shied away from getting involved.

Legal weed would be a major opportunity for Big Tobacco, Cowen said. Vapor technology — a popular technique for ingesting both tobacco and cannabis — is an essential part of tobacco’s less combustible-dependent future. Companies like Altria Group Inc. and Reynolds American Inc. already have expertise in vapor and crop-growing technologies, as well as familiarity dealing with complex regulatory frameworks.

Tobacco companies may make up about one-fifth of the cannabis industry by 2036, adding more than 20 percent to their revenue, and nearly doubling tobacco’s underlying growth, the analysts said.

For alcoholic-beverage makers, legal marijuana is more foe than friend. Alcohol consumption has declined over the past five years, especially with men, while cannabis use has risen. The number of drinkers who also used marijuana increased, and the number of cannabis users who drank decreased, Cowen said.

For both the potential winners and losers, the scale of the changes to come are unusual, the analysts said.

“A 24 percent, 10-year revenue compound annual growth rate is hard to find in consumer staples, in particular one with a $50-plus billion end-point,” Cowen said.