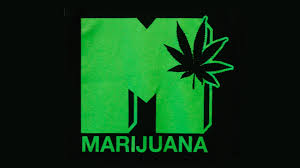 Marijuana is having its moment in American culture, with recreational pot use now legal in Alaska, Colorado, Oregon, and Washington. California, Arizona, Nevada, Maine, and Massachusetts vote on recreational use in November. It’s a trend reflected in popular entertainment. Three TV series devoted to the subject air within the next month.

HBO’s New York-set “High Maintenance,” which bows Sept. 16, began as a web series in 2012; both iterations of the show follow an unnamed pot deliveryman (series co-creator Ben Sinclair) as he peddles his product to new clients each week.

“We had the idea for this two years ago and it seemed like kind of uncharted territory,” says Harry Elfont, co-creator of “Mary + Jane” with Deborah Kaplan (“Can’t Hardly Wait”). Snoop Dogg exec produces. “When we told people it was about girls with a weed-delivery business, the only reference point was ‘Weeds.’ …Now it feels like weed is everywhere on television.”

Kaplan says when they began exploring the idea they found a lot of women in the business.

“Do you want a shady guy or a cute girl showing up with your weed?” Kaplan says.

Elfont says MTV has been supportive of the series and its content.

“Certainly there are some restrictions with [content] ratings and they’ve been very open in terms of what we can show in terms of smoking,” he says. “We did get a note recently that the dog [on the show] can’t get high. I think that might be a PETA thing, but that’s really been the only restriction.”

Robert Thompson, director of Syracuse University’s Bleier Center for Television and Popular Culture, says TV’s relationship with pot has come a long way since the anti-marijuana stance of “Dragnet” in the 1960s.

“Television was never good at pushing the envelope — it didn’t do any Vietnam shows until the Vietnam War was over, it didn’t reflect the women’s movement in any way until much later — but it was always good at licking envelopes,” he says, crediting medical marijuana with pot legitimization.

“Even though there aren’t that many states where it’s [completely] legal, once it’s legalized somewhere in the United States, it really does a number on the whole sin aspect of it. Those are the envelope pushers and then pop culture was ready to lick those envelopes by their normalization of it.”

Krishna Andavolu, host of Viceland’s “Weediquette” whose second season bowed Aug. 31, says many of the newsmagazine-style show’s stories fly in the face of pot stereotypes.

“What I found with this one particular story about kids with cancer is that it’s not Cheech and Chong stuff,” he says. “When you peer into people’s lives affected by marijuana, especially medical marijuana, it’s life-or-death stakes. It goes against what you would expect.”

While the stoner stereotype still exists, the pot aesthetic has expanded both in terms of its type of use (medicinal or recreational) and even within the recreational realm.

“If you’re looking back at the days of that sort of grimy head shop with glass bongs, that stuff still exists but there’s also a more upscale world,” Kaplan says.

“As weed has become more accepted, it’s not just the stoners anymore,” Elfont adds. He says there’s a delivery to only “one traditional stoner type” in the first season of “Mary + Jane.” “We’re seeing all kinds of characters and aesthetics fall under the weed umbrella.”

Medical-only marijuana is already legal in about 20 states with Canada’s Liberal Party readying legislation to legalize recreational use of pot in 2017.

In this relaxed atmosphere, it’s not surprising that earlier this month content company High Times, parent company of the magazine of the same name, signed with UTA.

Earlier this year Sony Pictures TV tapped John Malkovich to star in the drama “Humboldt,” about a town that subsists on the weed trade, and Netflix ordered “Disjointed,” a Chuck Lorre multicam sitcom starring Kathy Bates as proprietor of a pot dispensary, for 2017.

“Marijuana has been legalized in many states and, frankly, there’s a strong sense in California that it will be legalized this November as well,” says Warner Bros. Television Group president Peter Roth. “So the idea of a pot dispensary is one that is of the moment.”

Many networks, broadcast and cable, were interested in working with Lorre, Roth says. But 18 years after the cheeky pot smoke-filled basement of Fox’s “That ’70s Show,” Roth says “on an advertising-based medium, it was difficult to embrace this particular concept. We knew this was going to end up on cable or a streaming site.”

CEO Drake Sutton-Shearer of digital platform Prohbtd Media, which launched in 2015, says that the company’s mandate is for content and programming more mainstream, progressive, and entertaining than the “wake and bake” stereotypical stoner content. They are partners with several OTT platforms, including Roku and Apple TV, and their programming includes cooking show “Pot Pie,” featuring the Herbal Chef Chris Sayegh, and “Get Loud!” with Slink Johnson of the Adult Swim series “Black Jesus.”

“As a business, we help cannabis brands market themselves and help tell their stories,” says Sutton- Shearer. “When we came to the industry, we said, ‘Holy shit, there’s no voice for us, for millennials.’ What about the 91% of consumers who partake but there’s no place for them to go?”

Prohbtd is now meeting with mainstream cablers and streaming services on content creation. “It would be about finding the right content that fits the goals,” he says.

Says Darren Roberts, CEO of MG magazine, a business-to-business glossy, “The majority of the public and I know that the perception is changing. With legalization rolling across the country, the media is helping change that stigma.”