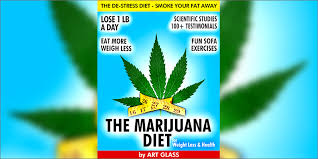 Although “the munchies” is a side effect regularly associated with smoking pot, a new study claims that marijuana use may actually contribute to lower body fat, despite previous claims of appetite increase and weight gain.

Researchers at the University of Miami recently studied the link between marijuana use and body mass index (BMI) – a weight-to-height ratio that’s used as in indicator of obesity and underweight – in a nationally representative longitudinal sample. In their analysis, published in the Journal of Mental Health Policy and Economics on Thursday, researchers found that those who used marijuana had an overall lower BMI than those who don’t.

Because of their findings, researchers are hoping to help remove the negative connotations that are associated with increased appetite caused by marijuana use as it relates to weight gain.

This isn’t the first study to hone in on the positive factors marijuana use has in regards to body weight. In 2013, The American Journal of Medicine released an infographic that also aided in the argument of weed versus BMI. In the study, researchers found that marijuana was not only associated with lower rates of obesity but they also discovered that marijuana use led to lower levels of fasting insulin and insulin resistance – both of which can result in hyperglycemia or hypoglycemia and other forms of diabetes. Based on those findings, the research team determined marijuana helped improve insulin control and regulate body weight.

The Injustice of Marijuana Arrests