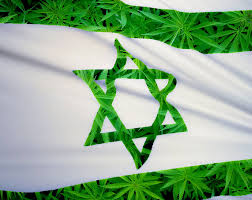 Researchers in Israel think that CBD could be used to treat autism. And to test their theory, they’re coming up with a brilliant new experiment. The results of their test could seriously expand the scope of what medical cannabis is capable of.

Dr. Adi Eran has put together a team of researchers who aim to answer the question: Can cannabis treat autism? Here’s how they plan to find out.

Researchers will look at a group of 120 autistic individuals ranging in age from 4 to 30. After splitting them up into two smaller groups, researchers will give one group CBD oil and the other a placebo. Halfway through the trial, they’ll switch it up. The group that got the real oil first will then be given the placebo, and the placebo group will start getting real CBD oil.

Throughout the trial, researchers will pay attention to some specific behavior indicators. They’ll be looking to see if cannabis can help decrease behaviors like:

Researchers haven’t started the project yet. They’re currently trying to get all the necessary permits. That includes getting authorization from the Israel Health Ministry as well as psychiatric facilities and childhood development centers.

Although they haven’t conducted their tests yet, the researchers on this project are optimistic. That’s because there are already a bunch of stories of autistic individuals benefitting from CBD.

Many of those stories come from people who are both autistic and epileptic. Medical cannabis is used very often to help treat seizures in people with epilepsy. And because roughly 30% of all autistic people also have epilepsy, there have been a lot of folks with autism who have taken medical cannabis.

And although the cannabis was originally intended to treat their epilepsy, many of these patients experienced other benefits as well. A large number of them saw positive behavioral changes while taking medical cannabis.

Despite these stories, nobody’s done any focused studies on cannabis and autism yet. If Dr. Eran’s team gets approval to move forward, their study could be truly groundbreaking.