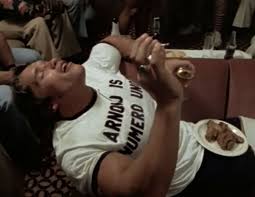 These Athletes Add Cannabis To Their Workout Regimen

There is a growing community of athletes that believe cannabis can improve athletic performance.

Contrary to the image of a couch potato stoner reaching for a bag of chips to answer to the call of munchies, these athletes incorporate cannabis into their fitness regimen. Some do it to enhance their game, while others use it for focus. There are no studies to support this use, but these athletes are embarking on their own journey to unlock the mystery.

“I’m a twice cancer survivor,” said Gaynell Rogers, managing director of Bloom Cannabis Group. “Colon and breast. I use a cannabis tincture before I swim laps. It helps me focus and work out harder.” Rogers said that with 2,100 strains available in California, it took some time to figure out which was best for her needs. She is quick to point out that she doesn’t use a psychoactive cannabis and that each person is different. “At Harborside Health Centers, we have formulation specialists,” she said, “There isn’t one strain that works for everyone.”

Jim McAlpine is one of the earliest supporters that made the connection between cannabis and fitness. He became a convert after using marijuana as a way to lose weight, a big contrast to the image of a stoner gorging on snack foods to satisfy the munchies. McAlpine established the 420 Games, a competition among athletes that use cannabis. “I wanted to destigmatize the people that used marijuana. I wanted to teach people the healthy and optimal way to take in cannabis,” he said. He advises taking in cannabis by either a vaporizer or an edible as opposed to smoking flower.McAlpine has joined with former NFL football player Ricky Williams in creating a gym called Power Plant Fitness. “We’ll do a cannabis performance assessment for our clients by starting with a baseline workout. In a calculated way, we’ll determine the best protocol,” said McAlpine. The smoking area will be separate.