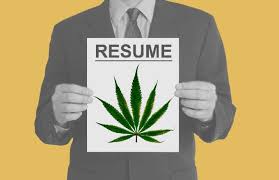 The number of medical marijuana grow sites in the county has remained steady from a year ago, at about 2,500.

But growers who sell to retailers have been sprouting up — 38 new state-issued licenses have been granted this summer to people who plan to grow for the recreational market. More applications are pending.

Pivoting to take advantage of retailer preference for indoor-grown marijuana, these new operations are springing up in former pastures and fields across the county.

“This industry didn’t exist a year ago,” observed Dani Jurmann, standing outside a row of industrial-size greenhouses on Cedar Flat Road near Williams, where he and his family employ nearly 30 people growing marijuana for the recreational market. “The world has changed, and Oregon is at the forefront.”

There’s good and bad happening. The good includes jobs and investments. Jurmann pays employees $15 an hour to start, plus benefits. He employed contractors and suppliers to get the place up and running. He obtained land.

That’s where the bad comes in— some neighbors complain about noise from the fans, and the road had to be moved to avoid annoying a neighbor who complained about the new traffic.

Operating as Shadowbox Farms, Jurmann employs not only gardeners and trimmers, but a compliance officer and a foreman. The operation’s aim, besides providing 6 million servings of product a year, is to provide a living for his family and employees, in a career some might consider a dream job.

“We offer real jobs with a real future,” he said. “We’re supporting a lot of families here and that’s what’s important to us.”

It all comes with a price, of course. There’s the competition and the new neighbors, and a county planning department that has told him there’s a need for permits for those greenhouses.

In response, Jurmann has applied for the permits, said he’s willing to invest in new fans, and is planning to put up a line of closely packed trees to block sound and sight.

“We are working very hard to meet the needs of our neighbors,” says Jurmann’s wife, Angellina. “We are a mom and pop business. Our community reputation is really important to us.”

The fans are shut off by 8 p.m. nightly.

The whole operation is surrounded by an 8-foot-high chain-link fence. Dozens of cameras provide surveillance. A former stable has become an office, and there’s a room for young plants, in addition to a dozen or more new greenhouses topped with plastic and removable black covers, which give plants 12 hours of sunshine and 12 hours of shade. Every plant it tagged, so it can be tracked.

It’s a going concern and yet a work still in progress.

This week, the new road was put in. Last week, post holes had been dug for a new fence, outside Jurmann’s nearby home, where his four children are being raised. A couple dogs that looked anything but vicious lounged in the sun. The place bustled with workers.

“You couldn’t build something like this in six months without making a mess,” says Jurmann, a grower for the last decade who persuaded fellow family members to pool their money and give it a try.

He’s convinced his crop is superior to marijuana grown outdoors, where rain and wind and dust can take their toll, including how the product looks — an important consideration for retailers.

He predicts a glut of marijuana grown outdoors, which could cause prices for those products to drop, and affect the ability of outdoor growers to make a go of it.

“There’s only going to be the biggest and strongest that survive,” he said.