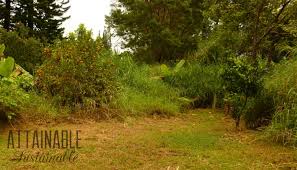 Wild marijuana is flourishing throughout the Twin Cities

Wild marijuana grows in yards, gardens, and weedy industrial sites across the Twin Cities. It’s illegal – the feds consider it a Schedule I controlled substance, equal to heroin – but it’s also naturally occurring.

Most of what’s out there is descended from the hemp that was planted en masse in the 1940s for fiber during World War II. When “Reefer Madness” arrived, people stopped cultivating it. Birds loved to eat the seed though, and carried it out of the fields and into the cities.

Now, wild marijuana is flourishing wherever people are turning the soil, like roadsides and highways.

City of Minneapolis spokesman Casper Hill says that although inspectors with the department of regulatory services do police yard plants that are overgrown and need to be cut, they don’t necessarily bother with the species of plants growing around homes. As long as the yard cannabis is of a sensible and aesthetically pleasing height, it’s free to live.

Hill did not say what inspectors actually do when they stumble upon it. (Probably pose for photos.)

Weiblen grew up in Minneapolis, where as a teenager he quickly learned through the mistakes of his peers that harvesting the neighbors’ boulevards and baking up garbage bags of the stuff was not a very good business scheme.

“I wouldn’t be alone,” he says. “It’s an experiment that teenagers often indulge in … Any fool who has done the experiment quickly caught the difference.”

Minnesota’s native marijuana does produce a highly nutritious seed that’s making a comeback, Weiblen adds. The market for hemp seeds in the U.S. is estimated to be $500 million in sales a year. People are using the oil and seeds in a variety of food and makeup products.

However, he does not recommend harvesting the seeds from wild marijuana either. Call it hemp or marijuana, cannabis is still illegal.

“You gotta buy the processed product right now,” he says. “That’s the only legal path to using hemp.”