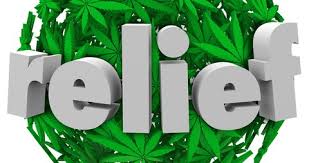 Marijuana a better pain reliever for men than women

With legalization of marijuana increasing across the United States, there is more focus than ever on identifying the risks and benefits of the drug. A new study provides further insight, after finding men experience greater pain relief with marijuana use than women.

As of June 2015, marijuana – or cannabis – has been legalized for medical use in 25 U.S. states and Washington, DC. In these states, marijuana can be prescribed to relieve pain, nausea and vomiting, and to stimulate appetite.

These effects are believed to be driven by the two main cannabinoids in marijuana: tetrahydrocannabinol (THC) and cannabidiol (CBD).

When it comes to pain relief, however, animal studies have suggested that marijuana’s effects many differ between sexes, though Dr. Cooper notes that no studies have looked at whether this is the case for humans.

To address this research gap, the team set out to investigate the pain-relieving effects of marijuana use among 42 adults – 21 male and 21 female – who smoked the drug recreationally.

Marijuana posed no significant reduction in pain sensitivity for women

Participants were part of two double-blind, placebo-controlled trials, in which they were required to smoke either active marijuana – containing 3.56-5.60 percent THC – or a placebo form of the drug, which contained no THC.

Immediately after, subjects were required to take part in a pain response test, known as the Cold-Pressor Test (CPT). This involved each participant placing one hand in cold water – around 4°C – until they could no longer stand the pain.

Pain tolerance was measured by how long subjects were able to keep their hand in the water, and pain sensitivity was self-reported.

Both men and women showed an increase in pain tolerance with active marijuana use, though this effect was more prominent for men than women.

The team identified no differences in abuse liability – such as intoxication and drug enjoyment – between men and women who smoked the active marijuana.

Commenting on their findings, the authors say:

“These results indicate that in cannabis smokers, men exhibit greater cannabis-induced analgesia relative to women. As such, sex-dependent differences in cannabis’s analgesic effects are an important consideration that warrants further investigation when considering the potential therapeutic effects of cannabinoids for pain relief.”

Dr. Cooper says these findings emphasize the importance of including both men and women in clinical trials assessing the safety and efficacy of marijuana use, as the effects could vary between sexes.

Future studies should assess the underlying mechanisms by which cannabinoids affect pain in men and women, say the authors.