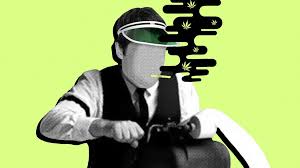 Colorado legal cannabis and related products totaled almost $1 billion in 2015, up from $700 million in 2014. Colorado raked in over $70 million in cannabis taxes in the last fiscal year, a figure which is almost double the $42 million received from taxes on alcohol. This is elating state officials and bringing a huge boom to the Colorado state economy. Other states seem to be following suit, impressed by the tax figures on Colorado cannabis and the decrease in arrest rates and incarceration.

There’s been so much tax money coming in, last year Colorado saw excess. Voters rejected a tax refund in November 2015, deciding to let the state spend the excess of cannabis taxes. The secretary of state website incorrectly reported the first returns, causing an excess of $66 million. The measure sent $40 million to schools, $12 million to law enforcement and substance-abuse programs and $14.1 million into discretionary accounts controlled by lawmakers.

Obviously the $40 million going to schools was great, but what about the other $26 million dedicated to law enforcement, abuse programs and state discretionary spending? Are these treatment programs based on facts, or trotting out debunked D.A.R.E. rhetoric and scare tactics? Would the excess in tax money have been better off going back to the taxpayers, growers and customers? These are important questions that Colorado residents should be asking themselves, as it seems there hasn’t been much media coverage of budget spending accountability since the vote to let the state keep the tax money.

“It’s crazy how much revenue our state used to flush down the drain by forcing marijuana sales into the underground market,” Mason Tvert, director of communications for theMarijuana Policy Project, said in a statement. “It’s even crazier that so many states are still doing it. Tax revenue is just one of many good reasons to replace marijuana prohibition with a system of regulation.”

Tvert was also a co-director of the campaign in support of the 2012 initiative to regulate and tax cannabis like alcohol in Colorado.

The legal cannabis industry is still emerging in Colorado and in the U.S. as a whole. Hopefully moving forward, lawmakers will continue efforts to be as transparent as possible with tax collection, budgets and discretionary spending. The future of many business owners and cannabis professionals depends on it.

What do you think? Are cannabis taxes too high or just right? What could be done instead?