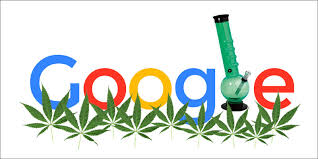 Google’s advertising policy prohibits the promotion of mind-altering substances, but pharmaceutical manufacturers in the U.S., Canada and New Zealand may promote some of their prescription drugs. A lot of cannabis related products are now designed for strict medical purposes. So why aren’t some medical cannabis advertisements allowed by Google? Why does Google deem some healthcare drugs okay and others not okay to advertise?

Even though we’ve seen a lot of advancements in legalization and removal of the stigmatization related to cannabis, many uninformed people still maintain the prohibitionist notion that there are an abundance of medical users that ingest cannabis strictly to get high. This could be part of the reason why Google is still reluctant to allow medical cannabis advertisements, as they could be fearful of losing shareholders that still steadfastly stick to the prohibitionist delusion. The fact of the matter remains, though – Google is losing out on a large chunk of medical cannabis-related ad revenue by upholding these anti-cannabis policies.

Due to cannabis illegality at the federal level, doctors and hospitals have concerns about the risks of allowing their patients to be prescribed medical cannabis. In this unfortunate interim, thousands of critically ill patients need access to medical cannabis to help heal what ails them.

Google is a private company and obviously has the right to set its own advertising policy based on their principles and values and that of their shareholders. But it doesn’t take long to see the hypocrisy of allowing the advertisement of some pharmaceutical drugs but banning that of medical cannabis. Because of these prohibitive policies, medical cannabis businesses have developed their own innovative ways to promote their products that don’t rely on Google ads. As we’ve discussed before, most cannabis entrepreneurs are forward thinkers that are able to develop solutions those in other industries might be unable to.

Google is not the only tech giant that blocks medical cannabis-related advertisements. As per a June report from USA Today, social media conglomerate Facebook also prevented some ads related to medical cannabis. Facebook’s advertising policy does not allow promotion of drug use, tobacco products or firearms.

As long as tech companies like Google and Facebook continue to prevent medical cannabis ads, they are shooting themselves in the foot and potentially losing millions of dollars in would be ad revenue.

What do you think about medical cannabis ads being prevented by Google? Is it a big issue or doesn’t it really matter in the grand scheme of things?