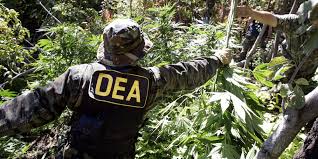 Marijuana advocates who hoped the cascade of states moving to legalize medical marijuana would soften the federal stance on the drug faced disappointment Thursday as the Drug Enforcement Administration announced it will keep marijuana illegal for any purpose.

Marijuana will remain a Schedule 1 substance under the Controlled Substances Act. Substances in Schedule 1 are determined by the Food and Drug Administration to have no medical use. States that allow marijuana for medical use or legalize recreational use remain in defiance of federal law.

The announcement to be published Friday in the Federal Register relaxes the rules for marijuana research to make it easier for institutions to grow marijuana for scientific study. The DEA currently authorizes just one grow facility in Mississippi.

In reaching its conclusion, the DEA said a Health and Human Services evaluation shows marijuana has no ‘‘currently accepted medical use’’ because “the drug’s chemistry is not known and reproducible; there are no adequate safety studies; there are no adequate and well-controlled studies proving efficacy; the drug is not accepted by qualified experts; and the scientific evidence is not widely available.”

“There is no evidence that there is a consensus among qualified experts that marijuana is safe and effective for use in treating a specific, recognized disorder,” the report added.

“At this time,” the DEA concluded, “the known risks of marijuana use have not been shown to be outweighed by specific benefits in well-controlled clinical trials that scientifically evaluate safety and efficacy.”

It did not find, however, that marijuana is a “gateway drug.”

“Little evidence supports the hypothesis that initiation of marijuana use leads to an abuse disorder with other illicit substances,” the report said.

The decision signals a difficult road ahead for legalization efforts, said Kevin Sabet, president of Smart Approaches to Marijuana and a former Obama administration drug advisor. Companies that seek to use marijuana as medicine will have to go through the same rigorous scientific evaluation as traditional pharmaceutical drugs.

“This is a vindication for science and for people who have said to go slow,” Sabet said. “I think it’s a bad day for legalization efforts and a good day for scientists.”

The DEA’s decision ignores the public will and patients’ experience with the medical benefits of marijuana, says Tom Angell, chairman of Marijuana Majority, which advocates for removing marijuana from the drug scheduling restrictions. Congress should bar DEA and other federal agencies from interfering with the implementation of state marijuana laws, Angell said.

“President Obama always said he would let science — and not ideology — dictate policy, but in this case his administration is upholding a failed drug war approach instead of looking at real, existing evidence that marijuana has medical value,” Angell said. “A clear and growing majority of American voters support legalizing marijuana outright and the very least our representatives should do is let states implement their own policies, unencumbered by an outdated ‘Reefer Madness’ mentality that some in law enforcement still choose to cling to.”

Although the federal law trumps the state laws, the DEA has not taken aggressive action in states that have opted to legalize medical marijuana or small amounts of marijuana for recreational use. The Justice Department reserved its right to challenge state laws if public health or safety problems emerge or if the states fail to enact strict regulations to control marijuana use and sale. 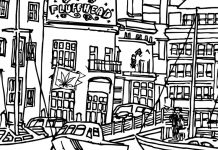 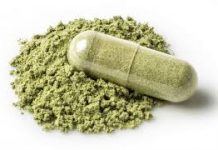 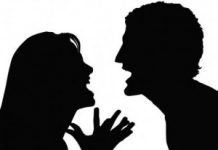