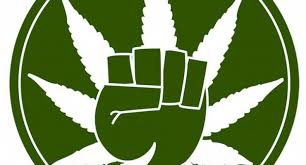 On July 29, Illinois Gov. Bruce Rauner (R) signed a bill removing the threat of arrest for small amounts of marijuana, capping a record year of legislative and administrative marijuana policy reforms throughout the country.

Two states, Pennsylvania and Ohio, enacted effective medical marijuana laws via their legislatures, making them the 24th and 25th states to do so, respectively. As a result, more than half of the U.S. population now lives in states that have opted to legalize medical marijuana.

This year has also seen improvements to several existing medical marijuana programs. Colorado adopted “Jack’s Law,” which provides protections for medical marijuana patients who attend public schools. Connecticut, New Hampshire, Rhode Island, and Vermont expanded the lists of medical conditions for which patients can qualify to use medical marijuana. Vermont also enacted a law that reduces the required time for a patient-provider relationship from six to three months, allows marijuana to be transferred to research institutions, and requires labeling and child-resistant packaging for edibles sold at dispensaries. Oregonincreased access to medical marijuana for veterans who receive assistance from the VA program. In Illinois, Gov. Rauner signed a bill to extend and expand the state’s pilot medical marijuana program, and in Maryland, lawmakers enacted a law allowing nurse practitioners, dentists, podiatrists, and nurse midwives to recommend medical marijuana to qualifying patients.

In addition to Illinois, a number of other states enacted laws to reduce marijuana possession penalties. Kansas lowered the maximum jail sentence for first-time possession and reduced second offenses from felonies to misdemeanors.Louisiana and Maryland removed criminal penalties for possession of paraphernalia, with the Maryland Legislature overriding Gov. Larry Hogan’s (R) veto. Oklahoma cut the penalties for second marijuana possession offenses in half, and Tennessee reduced a third possession offense from a felony to a misdemeanor, making the maximum penalty less than a year in jail. At the local level, New Orleans and a number of Florida counties passed ordinances that give police the option to issue summons or citations instead of arresting people for low-level possession.

In states where marijuana is legal for adults, legislators and regulators made notable improvements and progress toward full implementation.

In Colorado, lawmakers passed a bill to allow out-of-state ownership of marijuana businesses and increased the amount of marijuana that non-residents may purchase at retail establishments. Colorado also increased local control of testing laboratories and created a new business category for businesses that transport marijuana. And in Washington State, a number of bills were passed to streamline practices in the marijuana industry and make it easier to apply for research licenses.

Alaska regulators began licensing marijuana cultivators and expect to begin issuing retail licenses soon. Oregon is in the process of licensing adult-use marijuana retailers while currently allowing any adult to purchase marijuana from existing medical dispensaries; Oregon also passed comprehensive regulations that, among many other things, increase cooperation between the medical and adult retail programs, exempt patients from being taxed, allow out-of-state investment in marijuana businesses, and protect financial institutions from prosecution under state law for doing business with the marijuana industry.

In addition to this progress, Vermont came close to becoming the first state to legalize and regulate marijuana for adults 21 and older through a legislature; a comprehensive bill passed in the state Senate but stalled in the House. Rhode Island is close behind Vermont, with both states expected to enact legalization laws during their 2017 legislative sessions.

Looking forward to November 8, voters in as many as 10 states will be voting on marijuana ballot measures. Specifically, medical marijuana initiatives have already qualified for the ballot in Arkansas and Florida, and Missouri and North Dakotacould also be in play. As for regulating marijuana like alcohol, such ballot initiatives have qualified for the ballot in California, Maine, Massachusetts, and Nevada, withArizona soon to follow. Finally, a tenth state, Montana, will be voting to improve its existing medical marijuana law.

This year is already the most important year in the history of the movement to end marijuana prohibition in the United States.