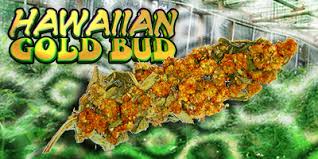 The FDA Quietly Approved a Synthetic Form of Marijuana as Medicine

Though FDA’s stance on marijuana has remained notoriously under wraps, the government agency recently embraced the drug’s main psychoactive ingredient.

Last month, the agency approved Syndros, a synthetic form of THC, for treatment of ailments suffered by AIDS and Cancer patients.

Even though it’s just now making headlines, Syndros is really nothing new, Motherboard reports; it’s merely a liquid version of the drug Marinol, which was approved in 1985 as a synthetic cannabinoid pill, to treat the same conditions as Syndros.

What are the advantages of Syndros over marijuana?

Researchers have suggested that heavy marijuana use “could exacerbate the course of illness in patients who have schizophrenia,” the New York Times reports. However as Paul Armentano, deputy director of the National Organization for the Reform of Marijuana Laws, points out to ATTN:, “none of those warnings appear on the warnings of synthetic THC.”

What are the drawbacks of synthetic THC?

The answer to this question boils down to the “entourage effect,” as it’s been dubbed. The botanical version of marijuana flaunts a number of positive side effects that are absent in its synthetic versions, which contain only THC.

As Armentano explains, “Some of the plant’s components are greater than the individual parts.”

Why does the FDA approve of synthetic THC but not marijuana?

Armentano says it’s rare for the FDA to approve or reject a botanical drug for therapeutic use, but not completely unheard of.

He explains that it’s not up to the FDA to reschedule or deschedule marijuana; that falls in the realm of the DEA. What the FDA does do is green-light clinical trials for drugs; however, the agency rarely receives applications for trials on marijuana.

“There is no inducement for private pharmaceutical companies to invest hundreds of millions of dollars on a drug they would have no proprietary control over,” he explains. They have no control over it because they can’t legally grow it or market it because of its federal Schedule 1 status.

Still, the FDA’s current stance on marijuana is not one pro-marijuana crusaders would be happy with.

“The FDA has not approved any product containing or derived from botanical marijuana for any indication. … the FDA has not found any such product to be safe or effective for the treatment of any disease or condition.”

What do marijuana advocates think of synthetic THC?

Ultimately, groups like NORML simply want patients to have access to marijuana in whatever form best aligns with their medical needs.

“I think patients ought to have the legal option to choose which therapy is safest, most efficient, and most cost-effective for their particular needs. … Patients should have access to a wide range of cannabis-specific products, including access to herbal cannabis.”

CT MMP Vape Pens. Are they worth it?