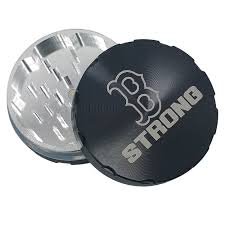 Around the corner in a gray building with no signs other than a green awning listing 21 Milk St., executives at Patriot Care were preparing Tuesday night for a milestone. It’s been a long road with more than a few bumps, but Boston’s first medical marijuana dispensary is finally ready for its expected grand opening Wednesday.

The Milk Street shop, across from the historic Old South Meeting House, is equipped with infrared security cameras, a foyer, and a waiting area for overflow crowds, and will probably have Boston police working special details “quite a bit” to ensure safe operations, according to company officials.

Even before it opened its doors, more than 200 state-certified patients had preregistered with Patriot Care to shop in the dispensary, and company leaders said they were prepared to handle at least 150 customers a day.

“We’re proud to be here,” said Robert Mayerson, Patriot Care’s chief executive. “We’re taking a space vacant for 10 years and bringing economic vitality back to it.”

Patriot Care marks the seventh dispensary to open in Massachusetts, nearly four years after state voters approved marijuana for medical use. The 2012 ballot initiative envisioned 35 such businesses opening in the first year.

Patients who have grown weary of the protracted and contentious dispensary licensing process hailed the Boston opening. Patriot Care, which opened a Lowell dispensary in February, has been distributing discount coupons there for its Boston shop.

“They took a real professional approach to the Boston atmosphere,” with a chairlift at the street entrance to carry disabled patients up the four stairs to the dispensary, said Nichole Snow, executive director of the Massachusetts Patient Advocacy Alliance. Snow toured the shop Friday.

“I am excited for patients,” she said. “It’s been a long time coming.”

The dispensary interior, with cream-colored walls, plants, bright lighting, and sales counters, seems a cross between the bank that once occupied the space and a doctor’s office.

The opening comes in the same week that the debate over legalizing recreational use of marijuana turned sharper, with the president of the Boston City Council and another councilor expressing their support for a November referendum. That put them in conflict with Mayor Martin J. Walsh, among top city and state leaders opposing the measure.

Ever since Patriot Care announced its intention more than a year ago to open a medical marijuana dispensary on Milk Street, business groups raised questions about potential traffic and security complications downtown.

Boston police worried about the specter of on-street drug dealing, while residents said they feared their neighborhood, resurrected from a crime-infested past, would be dragged back down. Walsh, who opposed the 2012 ballot initiative that legalized medicinal use of marijuana, made it clear he was less than enthusiastic about a Boston dispensary.

The cornucopia of concerns prompted city leaders to defer approval as they sought assurances from Patriot Care.

Some anxieties have eased. Yet even as the company conducted media tours Tuesday evening, residents and business leaders expressed continuing concerns.

“The devil is in the details, and we probably need a good three- to six-month track record,” to know how this will work out, said Rishi Shukla, cofounder of the Downtown Boston Residents’ Association.

“Patriot Care, to their credit, has made some concessions for safety and police,” Shukla said. “They have agreed to a police detail during business hours . . . making sure there aren’t lines out the door.”

The mayor’s office released a statement noting that Walsh, despite his opposition to the 2012 law, said he will uphold it.

“I am pleased that over the past few months, Patriot Care has worked closely with the administration to address many of the neighborhood concerns,” the statement said.

The mayor’s office declined to release a copy of the contract, known as a host agreement, it negotiated with Patriot Care in exchange for permission to operate. That pact details the amount of money the company will give to the city and donate to local charities.

Mayerson also declined to detail the agreement, but said the company has donated space in the basement of the building to Compassionate Care ALS, a nonprofit that helps patients with the fatal neurodegenerative disease. He said the company also has donated money to four other local charities, including AIDS Action Committee of Massachusetts.

Company officials stressed that Patriot Care has promised it will not sell marijuana for recreational use, even if voters approve the initiative to legalize recreational marijuana.

The Downtown Boston Business Improvement District, known as BID, said in a statement it has been working with Patriot Care’s leaders, and has “maintained consistent communication” regarding the group’s concerns about adequate lighting, staffing levels, security, hours of operation, and signs outside the shop.

“This communication is expected to continue well after they open as we do with all businesses in the BID’s 34 block district,” the statement said.