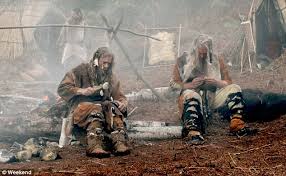 Humans have been dealing cannabis for ‘thousands of years’, study discovers

Scientists believe cannabis is one of the goods sent along the Bronze Road to Asia, which later became known as the Silk Road

Could the end of the Stone Age really have been the Stoned Age? According to new research, the dealing and distribution of Cannabis as a commodity was started around this time, several millennia ago.

A new study, published in the journal of Vegetation History and Archeobotany, has linked the increased use of cannabis in East Asia with the rise of transcontinental trade between Europe and the East between 4,000 and 5,000 years ago, at the start of the Bronze Age.

The researchers have presented a systematic review of archaeological and palaeoenvironmental records of cannabis, which includes the fibres and pollen of the plant, in Europe and East Asia.

They found that, counter to the general assumption that cannabis was first used in China or Central Asia, the plant was found to have been used in Japan and Eastern Europe at nearly the same point in time, between 11,500 and 10,000 years ago, the New Scientist reports.

The Yamnaya people, who were based in what is now Eastern Europe, are thought to have transported cannabis across the continent as they travelled eastwards.

It is thought that cannabis is one of the goods sent along the Bronze Road to Asia, which later became known as the Silk Road, the ancient network of trade routes that connected Europe and China.

Dr Tengwen Long, who led the team of researchers at the Free University of Berlin, said: “The cannabis plant seems to have been distributed widely from as early as 10,000 years ago, or even earlier”.

He added that the high value of the plant, which could have been used for a range of reasons from its psychoactive properties to the ability to make fabric from its fibres, would have made it an ideal item to trade, as a “cash crop before cash”, Sky News reports.

Dr Tengwen stressed that more data from south Russia and Central Asia is needed to “address the unsolved issues in understanding the complex history of human cannabis utilisation”.