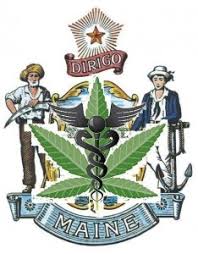 SACO, Maine — Officials in Saco are considering a proposal that would amend zoning ordinances to prohibit medical marijuana caregivers from growing the drug inside their homes.

City Administrator Kevin Sutherland tells The Portland Press Herald that city council enacted a moratorium on medical marijuana facilities to determine where such businesses should operate.

Sutherland says zoning officials recognized that it would be a public safety concern to allow in-home growing operations. Instead, marijuana growers will be limited to operating within Saco’s industrial business district.

But some city officials and marijuana advocates believe the proposal is overly restrictive and may violate state law.

Maine medical marijuana law states that municipalities are not prohibited from limiting the number and location of dispensaries, but they cannot adopt an ordinance “more restrictive” than the act’s provisions.