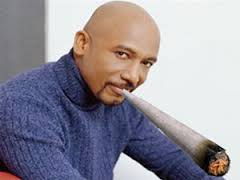 The 60-year-old was diagnosed with multiple sclerosis in 1999 and has been a longtime advocate for medical marijuana.

“Montel thought this is how Germany treats this issue, with compassion and he’s very pleased,” he adds. “Montel uses a small amount of keif [marijuana powder], less than a gram, that he didn’t realize was in his bag nor would he have left it in his bag. It was not an intentional thing, and he takes responsibility for that, but it’s necessary for his illness and it’s written on a prescription by a world class neurologist specializing in MS.”

This isn’t the first time Williams has had this issue says Frank.

“When we travel and he isn’t able to get access to it or get to the gym, or have his medical marijuana or experimental medical device, it isn’t odd that the man can’t even walk in the morning,” he says. “As good as he looks on camera and in public, he’s seriously ill and without all the stuff that he does to stay functioning, he might not be walking on any given day.

Franks also released a statement on ‘Facebook” concerning the event.

“This morning while traveling through the Frankfurt Airport, Montel was briefly held in German customs while they verified the validity of one of his MS prescriptions. Once it was verified, he was promptly released. The process took less than an hour, and we’d like to thank German officials for their professionalism. He was neither arrested nor cited.”

“Unfortunately this is the reality faced by medical marijuana patients every day all over the world,” the statement continued. “Today, Montel reaffirms his commitment to fighting for sensible medical marijuana policies across the world and to fighting the stigma he and so many other seriously ill Americans face every day for simply following the advice of their doctor – in Montel’s case a world class Multiple Sclerosis specialist.”

The statement concluded, “Montel’s commitment to the fight for common sense marijuana reform has never been stronger.”