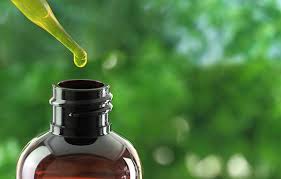 The Cannabinol Research Expansion Act would also create a “safe haven” for parents who administer CBD to their kids suffering from epilepsy. But it ignores other conditions and an important part of medical cannabis—THC.

In 2009, Mieko Perez was running out of options; the California mom was watching her son Joey wither away. Joey had been diagnosed with autism spectrum disorder, and it was threatening his life. His symptoms were so severe that he wouldn’t even eat, bringing on a subsequent diagnosis of anorexia and malnutrition. He was nine years old and severely underweight for his age, weighing just 42 pounds.

The disorder can range from mild to devastating, and Joey was unfortunately on the very low-functioning end of the spectrum. Since he was 18 months old, his autism symptoms were “absolute chaos” and only worsened, according to Perez. “He couldn’t hold eye contact. He didn’t acknowledge anyone in the room. He had an emergency behavioral plan implemented at school since he was three years old,” she told me over the phone.

To manage these symptoms, Perez was advised by pediatric doctors to put Joey on a carousel of medications, but nothing worked. “The medications he was on put him on edge. Every two weeks, there was a new medication that was introduced. We had gone through about 14 or 15 medications to treat his autism symptoms with no success,” Perez explained. Then, as doctors started to recommend surgery in an attempt to intervene in Joey’s declining weight, which they estimated gave him six months to live, Perez decided that traditional medical care might not be the best solution for Joey’s condition.

“I couldn’t understand why they were clearing him [for surgery] when he was not in good shape,” she said.

That’s when she turned to cannabis. She diligently researched the drug until she felt comfortable giving it to her son under the recommendation of Joey’s psychiatric doctor—and it got results. Seven years ago, Perez became one of the first pioneers to use medical marijuana to treat autism in children. She was featured on countless talk shows and primetime news segments. Since then, she has dedicated herself to helping other mothers like herself discover how cannabis can help their children. In recent years, the science around cannabis—and how it can mitigate autism spectrum disorder symptoms—has only supported her choice of treatment.

Perez is lucky enough to live in a state where medical cannabis is legal, but many families who want to explore the option for their children are not able to do so. Some states recognize that this is a problem, and also that cannabis can be a great medical tool, but their efforts to legalize the drug have been limited. Many states that have ignored medical cannabis have instead legalized CBD oil, the non-psychoactive component of cannabis that is believed to have therapeutic value.

Nationwide, a new bill was introduced earlier this month in the Senate to allow for institutions of higher education or manufacturers to register with the federal government in order to conduct research on cannabis. The Cannabinol Research Expansion Act also has a provision that would create a “safe harbor” for parents who give CBD to their children. But the bill, which has support from both parties, only sanctions CBD use for kids with epilepsy. It leaves out other disorders, including autism, and it also neglects families who need THC.

“This is a huge oversight,” Perez said. “I’m starting to have a real problem with CBD laws.”

The bill even leaves out a large segment of children with epilepsy who need THC as a part of their treatment. “I applaud Senators Grassley, Feinstein, Tillis, and Leahy for taking action on this issue and trying to help this population. As a parent of a child with intractable epilepsy, this bill does much to address the needs of epilepsy patients and their families,” a representative from Safe Access Now, Beth Collins, said in a press release. “However, the bill could do more as many patients with intractable epilepsy, including my daughter, need THC, as do millions of patients with other conditions across the country, and we need to do something to help them too.”

Using the whole plant, at various ratios of CBD to THC, has helped children with autism across the spectrum. Autism isn’t a specific disease, but rather a confluence of symptoms that merit the label. According to the CDC, one in 42 boys and one in 189 girls are diagnosed with autism. In 2012, the medical cannabis industry and the autism research community converged for one of the first times at the longest-running national autism conferences, AutismOne. In the following years, the eponymous nonprofit advocacy and education organization and My Health Freedom, an organization that supports medical marijuana patients, have attempted to address this growing health problem together.

“People don’t know what to attribute [this disorder] to; that’s why you hear talk of chemtrails, vaccines, GMOs, and all of that,” Andrew Kuebbing, an advocate with My Health Freedom, told me. “But there are recent studies that tie autism spectrum disorders, and the subjective ways that people measure autism, to the endocannabinoid system. We know that the endocannabinoid system provides some regulatory functions for the immune system, and the body’s immune system has a large degree of control over hunger, nausea, pain, memory, muscle spasms, and the ability to sleep. It’s been shown that cannabis can help adults manage pain and nausea, and these are symptoms that are also present in autism spectrum children.”

Indeed, studies suggest that chronic endocannabinoid deficiency is linked to all of these maladies. Cannabis might not necessarily cure underlying causes of autism, but it can make life for children with the disorder more livable. “Whether you classify autism as a neurological illness or a developmental problem, the fact of the matter is that children with autism fail to reach childhood milestones [at the expected time], and sometimes they never develop it. But with cannabis treatment we often see these developmental things start to occur over time,” Kuebbing said.

“We’ve worked with patients who were able to react less violently to other children once they started cannabis treatment; kids that used to get sent home from school one to three times a week are able to go weeks without being sent home; kids who were never able to have a solid bowel movement for the first seven years of their life finally had a solid BM,” he added.

In some cases, the progress is astonishing: The drug has been credited with coaxing speech out of a formerly nonverbal autistic child. And these kids aren’t simply “getting high.” Perez told me that she only gives Joey cannabis twice a month—she puts a rice-sized drop of cannabis oil on her finger and rubs it into his gums. “That makes it so Joey doesn’t have any seizures. He used to get grand mal seizures and now they’re gone,” she said.

We cannot fail our children on the autism spectrum by only providing CBD instead of THC and CBD.

With cannabis, Joey’s autism symptoms have improved and nearly vanished. But while the drug is in many way a miracle for her and her family, Joey was diagnosed with duchenne muscular dystrophy—a completely unrelated disease—five years ago. “At the moment, even though he’s healthy, happy, and laughing—and we have the best family bucket list ever—he’s actually diagnosed terminal,” Perez said in newly soft voice.

“I always say with every family I help, I get another day with my son,” she said, her voice getting stronger again. “It’s about paying it forward, and that paying it forward is keeping my son here. I feel like what I’ve done in the past seven years is be the person I needed in 2009.” Perez also serves on the NORML women’s alliance and said she will fight the new CBD legislation. “It sounds like it’s time for me to get back to work.”

Marijuana arrests at lowest level since 1996