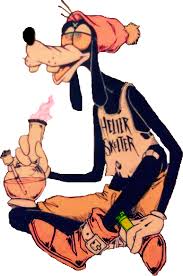 LEGAL WEED
Are We Good To Grow Yet? Part I

Together we have fought for legal cultivation in states with recreational and medical cannabis, and the results have been mixed. There are 40 states with medical marijuana laws enacted, and among these are 16 states with laws that pertain to legal, non-psychoactive cannabidiol (CBD). Several states have passed laws permitting the use of CBD extract containing insignificant amounts of tetrahydrocannabinol (THC). Often utilized for treatment of epilepsy or seizures in critically ill children, it typically comes in oil form.

Possession limits for patients vary greatly from state to state with no apparent rhyme or reason. Alaska has a patient possession limit of one ounce, while Oregon has a 24-ounce limit. State plant count differs just as considerably between states, with no seemingly rational influence on possession limit. Currently California does not have concrete possession or cultivation limits. To further illustrate how irrational the plant-to-possession counts are, Rhode Island patients can have 12 mature plants and 12 seedlings but may only possess two and a half ounces of usable harvest. It seems either lawmakers do not comprehend basic cannabis cultivation or they made a system designed for patients to fail, thus forcing cultivation to become an exclusively commercial institution.

In many states that authorize patients to grow, state laws do not allow cultivation in a home that is within a certain proximity to a dispensary—in Arizona, home grows cannot be within a 25 mile radius of a dispensary. Rhode Island lawmakers have proposed a tax on every plant a patient grows. “The $350-per-plant fee that Rhode Island Governor Gina Raimondo wants to impose on growers is an extreme, regressive taxation on this life-saving drug,” said Tony Jones, who ran for lieutenant governor of Rhode Island in 2014. “Moreover, this tax will be exclusively levied on the most vulnerable Rhode Islanders amongst us: cancer patients, sufferers of multiple sclerosis, paralysis, etc. This is perhaps the most disgusting exercise of raw governmental power that I’ve seen in my time as a political activist.”

It’s clear that until the federal government reschedules cannabis, we’ll continue to see a patchwork of state-led legislative initiatives that are more informed by politics than by public health.