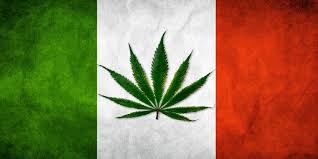 The Italian Parliament is gathering today to discuss a proposal for marijuana legalization. If passed, the bill on the table — similar to the proposal Colorado voters passed in 2012 — would allow the cultivation, possession and use of marijuana. Italian citizens over the age of eighteen would be allowed to grow as many as five plants for personal use, have up to fifteen grams of marijuana in their homes and possess a maximum of five grams in public. It would also authorize “cannabis clubs,” where up to fifty people could gather and smoke together.

Cannabis would be taxed at a rate of 5 percent; the government would issue licenses allowing the cultivation of marijuana with the intention for it to be sold for recreational purposes. The tax would be used to fund Italy’s effort to crack down on illegal drug trafficking.

The proposal was organized by Senator Benedetto Della Vedova, MP for the People of Freedom Party, who brought together senators and representatives from different parties to write a draft that was signed last September by a third of Parliament, or 294 representatives.

Support ranged across the political spectrum, with signatories joining the effort from both the liberal and conservative parties.

“Prohibitionist policies have failed in their impossible aim to eliminate the use of drugs and have not reduced the illegal market for cannabis,” Della Vedova says in a statement. “Instead, organized crime has controlled the whole chain: production, processing and sales. By legalizing cannabis, the State would cut off substantial income from organized crime and transfer the illegal profits to the State budget.”

Italian citizens support legalization: A recent survey conducted by IPSOS Public Affairs showed that 83 percent of Italians believe the current prohibition laws are ineffective, with 60 percent agreeing that the Italian Parliament should consider policy alternatives. The survey also showed that more than 70 percent believed the country should implement a regulation model similar to the one we have in Colorado.

If Parliament passes the bill, Italy would be the first European country to legalize marijuana for non-medical use — but it would join a growing list of countries that have recently enacted new marijuana reform laws.